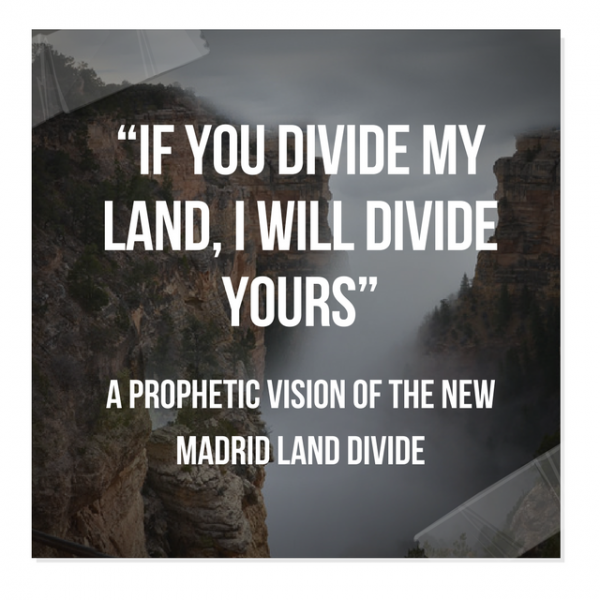 So, While living in Costa Rica, my husband had a vision from God. Not a dream. A vision.

Earlier in the night before the vision, he saw a large white being by the foot of our bed. Our baby was staring at the being as well. After I had gone to bed my husband was sitting at the dining table and he said he got a really eerie feeling and the room got really cold. He got up to use the bathroom and when he sat down and looked ahead of him, the wall was gone and instead he saw a map of the United States.

He said there had clearly been a cataclysmic event and that the Mississippi river was enormous and connected to the great lakes. He said the New Madrid had blown out and both the East and West coasts as well as Texas were inundated with water. He was shown “possible areas of survival” and one of them was Colorado. We moved to Colorado because of this..

He heard a voice say “If you divide my land, I will divide yours”. This vision occurred on Oct. 1st 2016