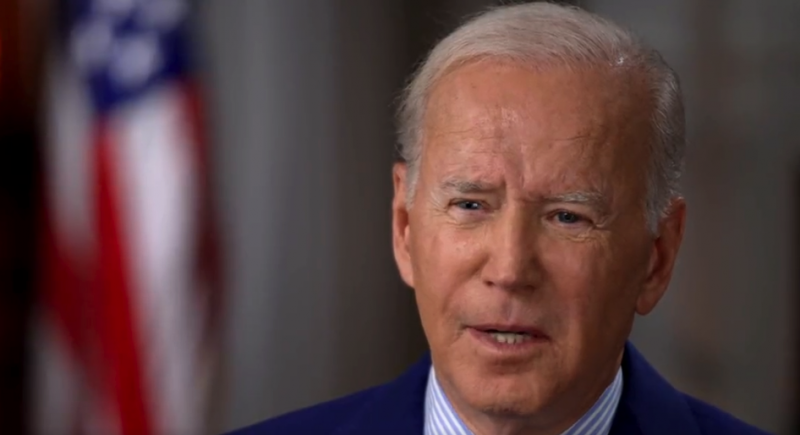 Do we really want to go to war with Russia and China at the same time?  Because if we stay on the path that we are currently on, that is precisely what is going to happen.  The incompetence that we are witnessing in Washington right now is extremely alarming, because it has very serious implications for our future.  If a full-blown global war erupts, the consequences won’t just be felt on the other side of the planet.  Russia and China both have multitudes of ways that they can hurt us, and a simultaneous war with both of them could easily result in millions of Americans ending up dead.  In fact, most of the U.S. population could end up dead if there is a large scale nuclear exchange.  So the stakes are incredibly high, and right now our current crop of leaders is the worst that we have ever had in the entire history of this country.

When Joe Biden entered the White House, I warned that he was surrounding himself with an all-star team of warmongers.

At the time, a lot of people didn’t seem too alarmed by that because a major war seemed to be a very remote possibility.

But since then warmongers such as Secretary of State Antony Blinken and National Security Adviser Jake Sullivan have ben relentlessly pushing Biden to be super aggressive with both Russia and China.

Now we are very deeply involved in a horrifying proxy war with Russia in Ukraine, and an interview that Biden just did with 60 Minutes has brought us much closer to a potential war with China.

When Biden was asked if U.S. forces would be sent to defend Taiwan if China decides to invade, this is how Biden responded…

When asked if the U.S forces would defend the self-ruled island which China claims as part of its territory, Biden replied: “Yes, if in fact there was an unprecedented attack.”

Asked whether this meant that, unlike in Ukraine, American men and women from the U.S. forces would be sent to defend Taiwan from a Chinese invasion, Biden replied: “Yes.”

Immediately after the interview, the White House sought to “clarify” Biden’s remarks by insisting that U.S. policy toward Taiwan has not changed.

But of course the truth is that what Biden said represents a radical departure from how previous administrations approached this issue.

Needless to say, the Chinese are absolutely furious.

White House officials can try to spin this any way that they want, but all that matters to the Chinese is that the president of the United States just stated that he would send U.S. troops to Taiwan if the Chinese attempt to “reunify” with the island.

President Biden tells 60 Minutes that U.S. men and women would defend Taiwan in the event of a Chinese invasion. However, after our interview, a White House official told us that U.S. policy on Taiwan has not changed. https://t.co/ANg54LifSH pic.twitter.com/V5qjoqF36T

They are going to play this clip over and over again.

And every time they play it, they are going to get even angrier.

I have no idea why Biden would say something like this.

Either he is almost completely gone mentally, or he is trying to pick a fight with China.

I can’t really think of a third alternative that makes any sense.

Do we really want a war with China?  Even prominent Democrats such as Dennis Kucinich are now asking this question…

“Is U.S. prepared for War [with] China over Taiwan? NO,” Kucinich tweeted.

“China has world’s largest navy, coast guard, military of two million, number 1 in ship building and steel production. Yet U.S. troops to defend Taiwan [says] Prez on 60 Min. Then WH says ‘No.’ Dangerous game [with] our troops as pawns.”

Kucinich ended the tweet with a hashtag reading “WWIII.”

Of course Biden and his all-star team of warmongers are not the only ones that are pushing us toward a major conflict with China.

In recent days, a key Senate committee approved a bill that would “dramatically boost American military support for Taiwan”…

A U.S. Senate committee last week approved a bill to dramatically boost American military support for Taiwan, a move that prompted warnings from both China and anti-war voices in the United States that such a policy increases the likelihood of armed conflict.

The Senate Foreign Relations Committee voted 17-5 in favor of the Taiwan Policy Act of 2022, which according to its text “promotes the security of Taiwan, ensures regional stability, and deters People’s Republic of China (PRC) aggression against Taiwan. It also threatens severe sanctions against the PRC for hostile action against Taiwan.”

If you are a member of the U.S. Senate, please do not vote for that bill.

It will make the possibility of a war with China far more likely.

And once war with China starts, nothing will ever be the same again.

Meanwhile, both sides continue to escalate the war in Ukraine.

At this point, the United States is providing more equipment to the Ukrainian military than everyone else combined.  In a recent article that he published, Raheem Kassam attempted to put together a complete list of everything that we have sent them so far…

And of course the Ukrainians are asking for even more, and we aren’t going to refuse them.

In fact, there are rumblings that we are going to give them longer range missiles that can reach deep inside Russia.

Russian President Vladimir Putin is becoming increasingly fed up with losing troops in Ukraine thanks to U.S.- and NATO-supplied weapons, and he’s clarifying what he considers a ‘red line’ that cannot be crossed without consequences.

Specifically, if the Biden regime supplies Ukraine with longer-range missiles capable of striking far deeper inside Russian territory, Putin has vowed to defend the country with any means necessary, Russia Today, which is a state-aligned media organ, reported this week.

Meanwhile, forces on the ground on both sides are being bolstered by lots of new arrivals.

On the Ukrainian side, somehow vast numbers of troops have been able to learn fluent English and now have perfect American accents…

On the Russian side, there are reports that up to 100,000 “volunteers” from North Korea could soon be made available…

North Korea has offered 100,000 “volunteer” troops to the Kremlin to help Russia win the war against Ukraine, according to Russian state media.

“There are reports that 100,000 North Korean volunteers are prepared to come and take part in the conflict,” said the Russian military pundit Igor Korotchenko on Channel One Russia, per the New York Post.

I think that fighting in Ukraine would be considered a great option compared to life in a North Korean concentration camp, and I have a feeling that is where a lot of those “volunteers” would come from.

Of course there are already lots of rumors on social media about “foreign troops” from eastern nations entering Ukraine recently.

But just like the Ukrainians, the Russians will probably deny that their ranks are being swelled by outside sources.

On another note, we have seen a number of extremely sophisticated terror attacks happen deep inside Russia recently, and Putin is warning that this could motivate his nation to greatly escalate matters in Ukraine…

“Recently, Russian Armed Forces delivered a couple of sensitive blows in that area,” Putin added, referring to Russian strikes on Ukrainian power infrastructure that came after Kyiv’s Kharkiv counteroffensive. “If the situation continues like that, our response will be more impactful. Terrorist attacks are a serious matter.”

If what Putin is claiming is true, that is extremely alarming.

Needless to say, it isn’t just the Ukrainians and their western backers that have the ability to carry out such terror attacks.

What do you think would happen if the Russians or the Chinese decided to attack nuclear facilities or other critical infrastructure here in the United States?

If a full-blown global war erupts, they won’t hesitate to fight dirty.

Long before the war in Ukraine started, I was telling my readers that war with Russia and war with China would be coming.

Now Biden and his minions have us on the brink of such a cataclysmic global conflict, and we should all be doing whatever we can to keep it from happening.

If the American people truly understood what was at stake, there would be massive protests in every major U.S. city right now.

Unfortunately, most of the population is in a deep state of sleep.

Hopefully they will wake up soon, because the clock is ticking.