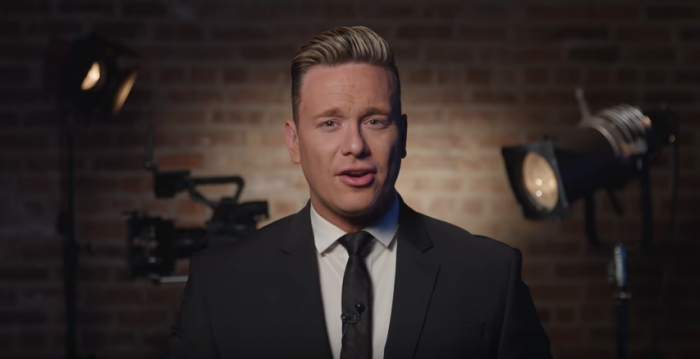 Ben Swann has done it again. A new video that he just released about the stunning purge of conservative voices that we are now witnessing has already been viewed more than 24,000 times on YouTube alone. I have been writing about all of this censorship quite a bit recently as well, but up until now I have not revealed the true extent to which it has hit me personally. Like President Trump and other prominent conservatives, engagement on my personal Facebook profile has fallen dramatically. We are working like mad to keep engagement up on our official Facebook campaign page, but it has been a real battle, and today Facebook just banned me again from posting to groups for a few days. The funny thing is that I had barely shared anything recently. On Twitter, I have been told by a social media expert that my account has been “shadowbanned”, and that probably explains why engagement on Twitter is only a small fraction of what it once was. Of course dozens of other prominent conservatives are suffering the same kind of censorship, and it is absolutely imperative that we stand up against this unprecedented assault on our ability to communicate with one another.

It has become quite obvious that the big social media giants want to systematically exclude any voices that they do not like from the marketplace of ideas. In his new video, Ben Swann points a finger at the biggest offenders…

“Is there an Internet purge of conservative voices or voices of dissension online?” Swann begins in a recent “Reality Check” report on the issue. “Some say yes, and the purge is being pushed by YouTube, owned by Google, by Facebook, and by Twitter.”

They don’t call them “the thought police”, but that is precisely what the small armies of “moderators” that the social media giants are hiring are turning out to be. For example, late last year YouTube announced that it would bring on “10,000 new moderators” to “flag content”…

“Of course, all of this comes after YouTube announced in December that it would hire some 10,000 new moderators to flag content,” Swann reported. “And those moderators have been flagging at a stunning rate.”

He noted further that in several cases the moderators were pulling entire channels “without any advance warning” whatsoever, and that most of those channels were deemed “either pro-gun or conservative.”

If you have not seen Swann’s new video yet, you can watch it here. Following the video, other content creators commented on how they have been affected by the recent social media censorship…

-“Hey Ben, just thought I would share my story. I have now been removed from YouTube 6 times in the past few years. I am non-violent, don’t cuss, don’t show blood or gore, and I use mainstream media news clips that usually talk about these large shootings that are being used as a reason to change gun laws. I built my old channels to 10 thousand subscribers and 2.5 Million views twice, only to have my accounts removed.”

-“THEY DELETED MY 300K VIEWS VIDEO SHOWING HOW CNN LIED ABOUT THE CHEMICAL ATTACK IN SYRIA. IT’S HAPPENING, I GOT A STRIKE FOR IT.”

-“They even hit vdeos I had set to private that weren’t even viewable by the public. To keep my channel I deleted over 300 videos spanning back 2 years and that is lot counting the half dozen plus that YouTube yanked.”

-“I received 2 strikes in 48 hours on videos exposing crimes of the US government (that had been up for 2-3 years), which is what all my videos do. I deleted the videos from my channel to save this account for contact reasons but, It still might get deleted anyways.”

-“I deactivated my Facebook. They were instantly removing my comments. My comments had nothing to do with anything, but I did try to post a conservative video in a comment box and after that ALL of my every day comments were instantly removed and marked as spam. I am also Libertarian. I can’t believe Health Ranger’s channel was removed. I think it is awful what they are doing. Taking away support is fine, but don’t take down the channel!”

I believe that it is fundamentally un-American for social media giants to try to use their power to silence conservative voices.

These big tech companies built empires by allowing everyone to have a voice, but now they are systematically attempting to exclude conservatives from the conversation, and we should all find that extremely offensive.

If you want someone in Washington that will fight as hard as he possibly can against this kind of censorship, I hope that you will help us win our race for Congress on May 15th…

We are in the middle of the final money bomb of the 2018 primary campaign, and you will be able to track the progress of the money bomb on Swampbomb.com.

If you live in north Idaho, I hope that you will come out for the kickoff event for the last 60 days of our campaign in Sandpoint on the evening of March 15th. And you can see the remainder of my speaking schedule for the month of March right here.

We are in a battle for the soul of our nation, and the left is fighting dirty.

All throughout history the left has always sought to silence dissenting voices when they have taken power, and now they are trying it in this country.

Of course we are not about to let that happen, and the left is in for a very rude awakening during the 2018 mid-term elections.