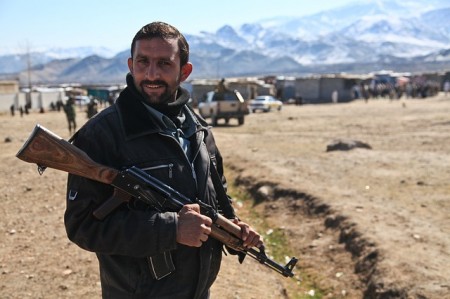 Iraq is breaking up. The Kurds have taken the northern oil city of Kirkuk that they have long claimed as their capital. Sunni fundamentalist fighters vow to capture Baghdad and the Shia holy cities further south.

Government rule over the Sunni Arab heartlands of north and central Iraq is evaporating as its 900,000-strong army disintegrates. Government aircraft have fired missiles at insurgent targets in Mosul, captured by Isis on Monday, but the Iraqi army has otherwise shown no sign of launching a counter-attack.

The nine-year Shia dominance over Iraq, established after the US, Britain and other allies overthrew Saddam Hussein, may be coming to an end. The Shia may continue to hold the capital and the Shia-majority provinces further south, but they will have great difficulty in re-establishing their authority over Sunni provinces from which their army has fled.