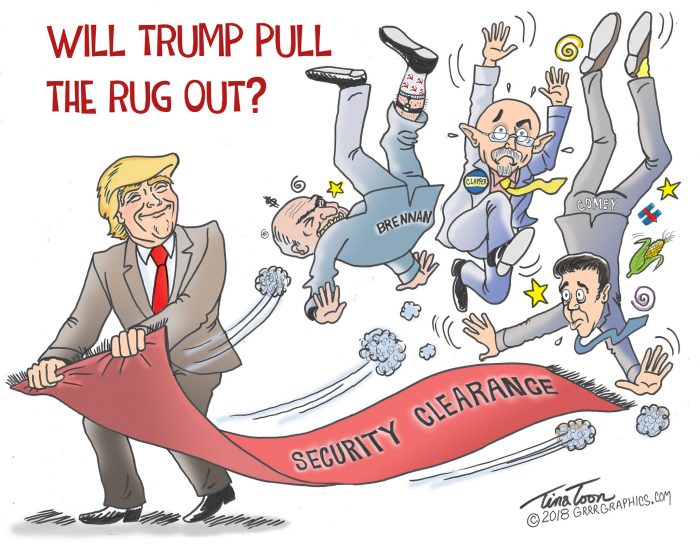 When asked if the President was considering revoking former President Obama and Vice President Joe Biden’s security clearances, Sarah Huckabee Sanders replied, “I am not aware of any plans at this point…”