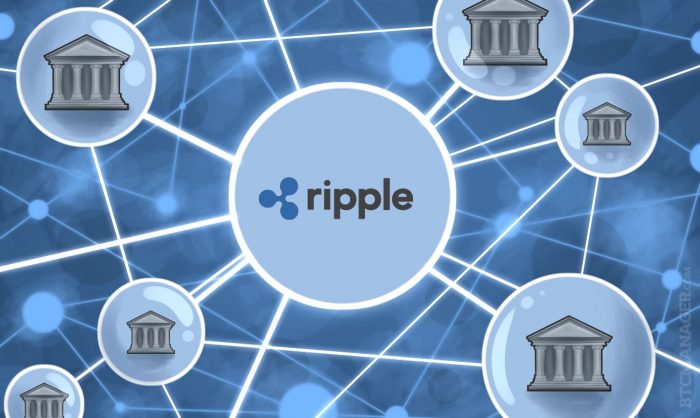 After Bitcoin, can you name the second largest cryptocurrency? Until recently it was Ethereum, but now it is Ripple. At the start of last year, Ripple was trading for less than a penny, and even just a few months ago you could still get Ripple for about 20 cents. But now the price of Ripple has absolutely exploded, and as I write this article it is sitting at $3.15. At this point Ripple has a market cap of more than 120 billion dollars, and those that got in when Ripple was under a penny have seen their investments go up by more than 40,000 percent.

If you can believe it, the price of Ripple is up more than 1,000 percent in the last 30 days alone. So why is Ripple doing so well right now?

Well, many analysts are pointing to the very strong relationships that Ripple has been building with financial institutions…

He added that as XRP “surpassed ETH as the second largest cryptocurrency, market hype continued to drive the price.”

There are some that believe that Ripple will eventually surpass Bitcoin simply because it is a better way to send and receive money.

And without a doubt, functionality is the key for the long-term survival of any cryptocurrency. Speculative investment can take a cryptocurrency a long way, but at the end of the day it needs to function well in the real world, and that is one key advantage that Ripple appears to have. According to the Express, Ripple is being called “the Bitcoin that banks like”…

Bitcoin is feeling the pressure from another cryptocurrency hot on it’s heels.

Ripple has attracted tens of millions of dollars worth of investment leading to it being dubbed the Bitcoin that banks like.

The company uses block chain technology, powered by its own cryptocurrency, to send money across the world in real time settlements, according to the company’s CEO Brad Garlinghouse.

It does not hold the level of anonymity that bitcoin does, which makes the currency more favourable to banks.

Before you get too excited, let me share a word of caution. Investing in cryptocurrencies is extremely risky, because they are purely digital creations that do not actually possess any intrinsic value at all. Right now there are more than 1,000 cryptocurrencies in existence, and most of them are eventually going to zero.

But for the moment, those that were able to capitalize on the cryptocurrency trend in a major way have become incredibly wealthy. Ripple’s co-founder Chris Larsen is now worth an astounding 37 billion dollars, and that makes him the 15th richest person in America.

Of course he doesn’t actually have 37 billion dollars. If he does not sell his coins and Ripple eventually goes back to zero, all of that “paper wealth” will be gone.

For now, Bitcoin has been rebounding from that announcement, and Ripple just continues to roar higher. But let us not forget that a single big announcement could change all of that in a single moment…

The South Korean Government’s threats of shutting down exchanges seemed to have little influence on Ripple at the end of the year, but with news hitting the wires of just how much of an impact South Korean exchanges had on Ripple’s December rally and it’s not surprising that Ripple has been defending its gains at the start of the year.

Bitcoin may have been the fallout guy when it came to the regulatory chatter at the end of the year, but if the exchanges are closed, it’s not just Bitcoin that will suffer and, if the reports are correct of the South Koreans driving up Ripple trading volumes, things could get messy very quickly.

Whatever happens in the short-term, it appears that Ripple has a real chance to be a long-term solution for global payments. In a recent statement, the Ripple team noted that using Ripple is faster, cheaper and more efficient than using Bitcoin…

In a year punctuated by the dramatic rise of digital assets, XRP has out performed the entire sector and looks likely to end the year up more than 45,000%. XRP’s performance is driven by a keen focus on solving a real global payments problem for real customers – and at fractions of a penny and about 3 seconds per transaction – it is cheaper, faster and more efficient than BTC or ETH. As others have pointed out, Bitcoin isn’t going to solve a payments problem when a transaction costs $40 and takes hours to complete.

The market seems to increasingly understand that there’s real utility for XRP in solving a massive cross-border payments and liquidity problem that is measured in the trillions of dollars.

It is that sort of utility that could make Ripple a long-term success.

But of course new competitors are coming online with each passing day. The “Facebook of cryptocurrencies” may not have even been invented yet, and this industry is evolving at an absolutely breathtaking pace.

So Ripple may be the hottest cryptocurrency for the moment, but that could change completely by next week.

Nobody knows exactly what is going to happen next, and that is what makes the cryptocurrency market so exciting. Fortunes will be won and lost in the blink of an eye, and there will be some very big winners and some very big losers.