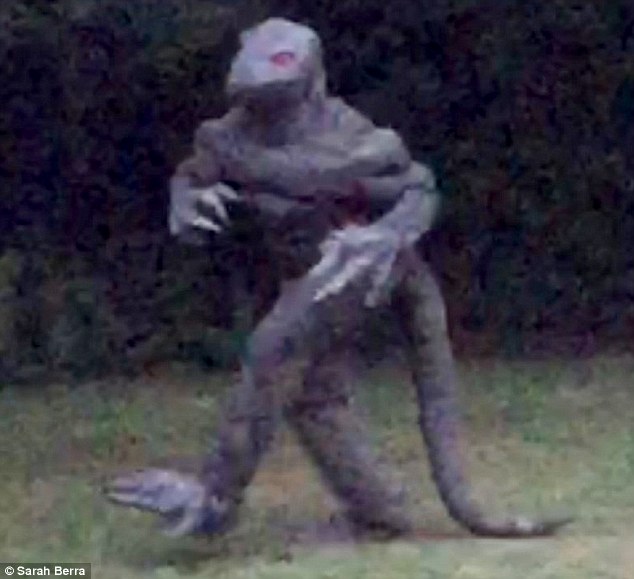 Local legend has it that Lizard Man is 7-foot-tall reptilian creature that lives in the Scape Ore Swamp, not far from the small farming town of Bishopville.

Last Sunday, a Sumter woman named Sarah Berra says she was at church with a friend when she stepped outside and caught a glimpse of the fabled creature running along the tree line.

The woman grabbed her cell phone and snapped a picture of the apparition. The resulting image depicts a comically muscular upright humanoid with three clawed toes on each foot and clawed fingers.