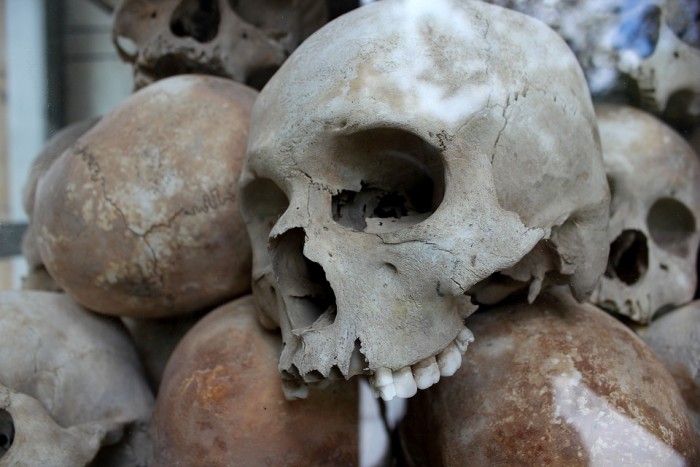 If you are a Christian, ISIS wants to kill you.  Our politicians keep telling us that our battle with ISIS is not a “religious war”, but to ISIS it most certainly is.  As you will see below, ISIS has a new focus.  They are very clear about the fact that they intend to kill as many “citizens of the cross” as they possibly can, and they plan to bomb churches wherever they can find them.  In a previous article, I explained how an entire church in the U.S. ended up on an ISIS kill list, and we just saw in France that they are willing to strike anywhere and at any time.  Religious targets now appear to be a top priority for ISIS, and that means that every church and every Christian in the western world needs to start thinking differently about security.

Let’s start by taking a look at what is happening in Africa.  Boko Haram’s brutality has made headlines all over the planet, and the infamous terror organization has pledged complete loyalty to ISIS at this point.  In the past, Boko Haram has hit both Christian and Muslim targets, but now the new leader of Boko Haram is promising to following ISIS guidelines and to focus primarily on bombing churches and killing Christians…

Earlier this month, a man named Abu Musab al-Barnawi announced that he had taken over the infamous Boko Haram organization. And his first message as Boko Haram’s leader was as clear as it was concise—on his watch, the group’s main focus will be killing Christians.

According to an interview published this month by the self-proclaimed Islamic State group (ISIS), al-Barnawi threatened to bomb churches and kill Christians, but will no longer attack places used by Muslims.

During the interview, Abu Musab al-Barnawi went on to say that his organization will be “booby-trapping and blowing up every church that we are able to reach, and killing all of those who we find from the citizens of the cross.”

There are millions upon millions of Christians in Nigeria and in other African nations where Boko Haram is active.  Let us hope and pray that Boko Haram is not able to carry out the types of attacks that they are now promising.

And of course it isn’t just in Africa that Christians need to be concerned.  The latest issue of the official ISIS magazine called “Dabiq” is urging Muslims in the western world to copy the recent church attack in France…

On the day he was announced as Boko Haram’s new leader, ISIS used the latest issue of Dabiq to paint Christianity as a “false” religion and Christians as “cross worshippers.” It encouraged Muslims to attack churches in a ways similar to the atrocity in France last month, where two men entered a Catholic church in small town Normandy, slit the throat of an 86-year-old priest, and gravely wounded a nun.

We need to understand that ISIS is not necessarily looking to hit political or military targets.

They are openly telling us that religious targets are now a priority, and they could literally strike anywhere in the entire country.

Thousands of American Christians have already been put on ISIS kill lists, and ISIS has already instructed their operatives to kill those that they can.  The following comes from an excellent article by Bethany Blankley…

According to a report recently made public, early this year, ISIS specifically identified 15,000 Christian Americans for death and instructed jihadists already in America to begin widespread murder.

The Kill List report comes in the wake of ISIS already publicly warning American and British Christians that “they were next.” British police last week publicly warned its 5.4 million Christians to be on alert and in some areas increased security.

And there have already been some very close calls.  In fact, if the authorities had not intervened in time earlier this year, a church up in Michigan could have been the scene of the worst mass shooting in U.S. history…

In February, Khial Abu-Rayyan, 21, of Dearborn Heights, Mich., was arrested after he told an undercover FBI agent he was preparing to “shoot up” a major church near his home on behalf of ISIS. A month earlier, the Rev. Roger Spradlin of Valley Baptist Church – one of the biggest congregations in Bakersfield, Calif. – told attendees that they had received a threat written in Arabic.

Today, churches all over America are hiring armed security guards and are holding self-defense classes.  When I was a child, I never would have imagined in my wildest dreams that someone would come in and start shooting during a church service, but times have changed.  To an Islamic terrorist, a church is a target that will bring you a lot of glory, and here in the western world we need to understand that.

And of course it isn’t just Islamic terror that we have to contend with these days.  Everywhere you look, traces of the Christian faith are being removed from public life and those that want to freely exercise their faith are being suppressed…

“There are children being prohibited from writing Merry Christmas to the soldiers, senior citizens being banned from praying over their meals in the Senior Center, the VA banning the mention of God in military funerals, numerous attempts to have veterans memorials torn down if they have any religious symbols, such as a cross, and I could go on and on,” said Liberty Institute Founder Kelly Shackleford.

In the same way, we need to realize that a single moment can change everything.  Even moments before the attacks, nobody suspected that anyone would strike the Pulse nightclub in Orlando or a sleepy little church in the French countryside.

But those attacks did happen, and without a doubt there will be even more horrific Islamic terror attacks here in the United States in the months and years to come.

We need to be vigilant, and we need to be on guard, because times have changed and there really are people out there that intend to kill us if they can.