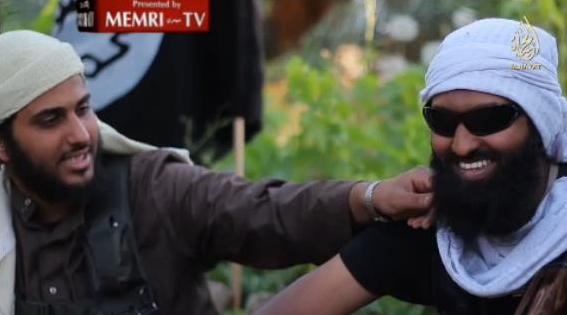 A number young French Muslim converts are also having second thoughts about signing up to ISIS as revealed in a series of weepy messages home that were leaked to newspaper Le Figaro.

One said: ‘I’m fed up to the back teeth. My iPod no longer works out here. I have got to come home.’

Another wrote: ‘I’ve done hardly anything but hand out clothes and food,’ he said.

‘Winter is beginning. It’s starting to get tough.’

A third fighter said he was ‘sick’ of his time with the militant group, adding: ‘They make me do the washing up’.

They and dozens of other recruits are reportedly now working with French lawyers who have collected texts and messages that suggest the jihadists felt ‘cheated’ into joining ISIS.

2 thoughts on “‘ISIS made me clean the toilets… and my iPod didn’t work’: How disenchanted Islamic fanatics are returning home because jihad isn’t as glamorous as they hoped”