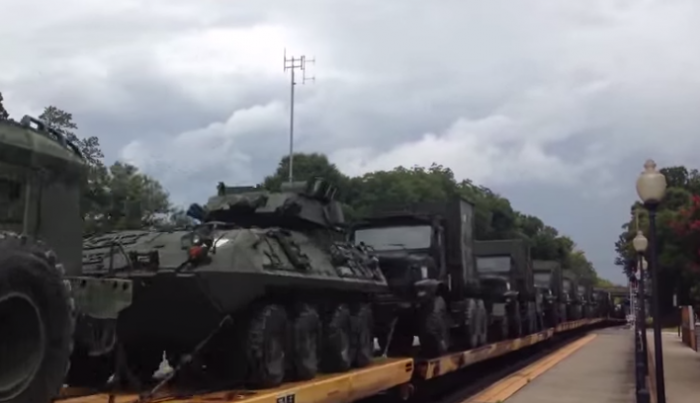 A massive military convoy with over 100 vehicles, including at least fifty Strykers was recently spotted moving southbound through Spartanburg, South Carolina. Note that the vehicles are in woodland camouflage which destroys the notion that they are for use in the Middle East.

The above sighting in South Carolina came just days after three different videos of military train convoys were released on the exact same day.

Be a Hero. Be Prepared with My Patriot Supply Emergency Food (Ad)

A large convoy of APC’s was spotted heading east on I-84 near Ogden, Utah, apparently headed towards Cheyenne, WY.

A similar convoy, this one filmed in Idaho was also uploaded on August 7th.

Finally, another convoy of military equipment was seen on August 7th, this time in Eugene, Oregon.