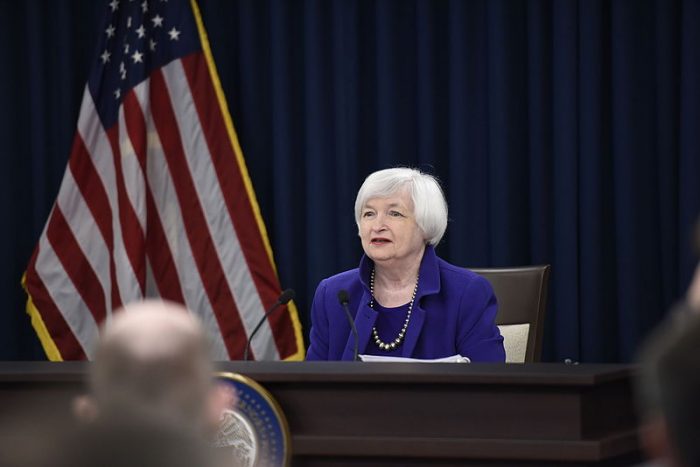 Federal Reserve Chair Janet Yellen is quite convinced that the United States will not experience another financial crisis for a very long time to come. In fact, she is publicly saying that she does not believe that another one will happen “in our lifetimes”. But there are other central bankers that see things very differently. In fact, a new report that was just released by the Bank for International Settlements is warning that a new financial crisis could soon strike “with a vengeance”. So who is right?

It would be nice if it turned out that Yellen was right. Nobody should want to see a repeat of what happened in 2008, and Yellen seems extremely confident that she will never see another crisis of that magnitude…

“Would I say there will never, ever be another financial crisis? You know probably that would be going too far but I do think we’re much safer and I hope that it will not be in our lifetimes and I don’t believe it will be,” Yellen said at an event in London.

“I think the system is much safer and much sounder,” she said. “We are doing a lot more to try to look for financial stability risks that may not be immediately apparent but to look in corners of the financial system that are not subject to regulation, outside those areas in order to try to detect threats to financial stability that may be emerging.”

I have a feeling that these words may come back to haunt her, and the fact that she has more power over the performance of the U.S. economy than anyone else does is more than just a little bit frightening.

The truth is that signs of a major new economic downturn are emerging all around us, and many are warning that the next great financial crisis is just around the corner. For example, just consider what a new report from the Bank for International Settlements is saying. The Bank for International Settlements is widely regarded as “the central bank of central banks”, and this new report is warning that we could be heading for “a financial boom gone wrong”…

A new financial crisis is brewing in the emerging economies and it could hit “with a vengeance”, an influential group of central bankers has warned.

Emerging markets such as China are showing the same signs that their economies are overheating as the US and the UK demonstrated before the financial crisis of 2007-08, according to the annual report of the Bank for International Settlements (BIS).

Claudio Borio, the head of the BIS monetary and economic department, said a new recession could come “with a vengeance” and “the end may come to resemble more closely a financial boom gone wrong”.

And of course many of the most trusted analysts in the financial world agree with the BIS. In fact, Dr. Doom Marc Faber is predicting that stocks could soon decline “by 40 percent or more”…

If the man often hailed as the original “Dr. Doom” is right, the stock market could see another “lurch” higher — at which point investors may want to cash out quickly and run for cover.

Marc Faber, the editor of “The Gloom, Boom & Doom Report’ and a perennial bear, isn’t backing down from his latest dire prediction that would send stocks plummeting by 40 percent or more.

In the end, we shall see who is right and who is wrong.

And let us certainly hope that another crisis like the one we saw in 2008 does not happen any time soon, because tens of millions of Americans are completely unprepared for one.

According to a brand new survey that was just released, almost half the country currently spends as much or more money than they make each month…

Nearly half of Americans say their expenses are equal to or greater than their income, according to a new study from the Center for Financial Services Innovation. And for those 18 to 25 the percentage is over half, up to 54%.

“Half of America has no financial cushion,” says Jennifer Tescher, president and CEO of CFSI, which released the study. “They are living really close to the edge.”

And another recent survey discovered that 69 percent of all Americans do not have an adequate emergency fund.

With so many of us living on the edge, our society is extremely vulnerable to a major financial shock. And when one finally does happen, a lot of people are going to get knocked out of the ranks of the middle class very rapidly.

Even though things seem relatively stable for the moment, poverty is on the rise all over the country. For example, according to the Daily Mail the number of homeless people in Los Angeles has risen by 23 percent over the last year…

According to a new count released in May, the number of homeless people in the Los Angeles area jumped by 23 percent in the last year to reach nearly 58,000. Of those, some 5,000 are veterans, the highest number of homeless veterans of any city in the country and a near 60 percent increase over the previous year.

And we are seeing similar things in cities all over the nation.

The United States is in the midst of a long-term economic decline that goes back for decades. Our economic infrastructure has been gutted, our middle class is now a minority of the population, and we have piled up the biggest mountain of debt in the history of the world in a desperate attempt to maintain a standard of living that we have not earned.

Hopefully Janet Yellen is right and hopefully the next major financial crisis will be put off for as long as possible.

But whether the next financial crisis comes quickly or not, the truth is that the U.S. economy is going to continue to decline if we continue to make the same kinds of incredibly poor decisions that we have been making for a very long time.