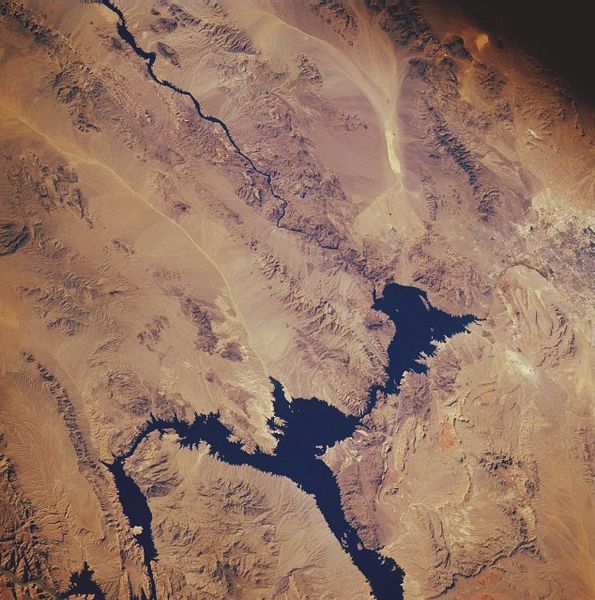 The drought in the West is hurting Nevada’s Lake Mead in the most obvious sense—it’s shrinking fast. But that problem comes with an upside: Tourism is up as the water recedes and reveals what lies beneath, reports CBS News. The big draw is the ghost town of St. Thomas, which was submerged after the government bought the land in the 1930s to build the Hoover Dam. The town has been gradually resurfacing over the last decade, so much so that national parks officials plan to put up informational placards for hikers who can now access it on foot, reports the Los Angeles Times. Another popular site requires going under water, just not as far as before: Divers are flocking to the wreckage of a B-29 that crashed in 1948.