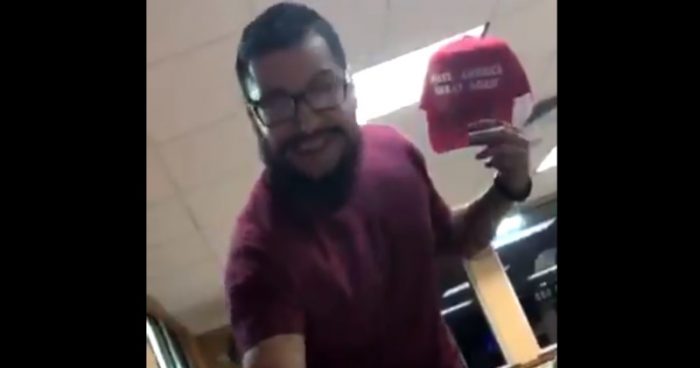 A man was fired after he was caught on camera stealing a MAGA hat and throwing a drink in a teen’s face.

The clip shows an individual later identified as 30-year-old Jimenez Kino saying, “You ain’t supporting shit nigga!” before he throws the drink on 16-year-old Hunter Richard’s face and then exclaims, “Bitch ass motherfucker!”

“This is gonna go right in my fucking fireplace, bitch,” Kino added as he walked away waving the distinctive red Trump hat. (Infowars)

Disturbing video of young Trump Supporter having his MAGA hat stolen and a drink thrown in his face.

The civility of the Left on full display… pic.twitter.com/gUzBVRpP7X