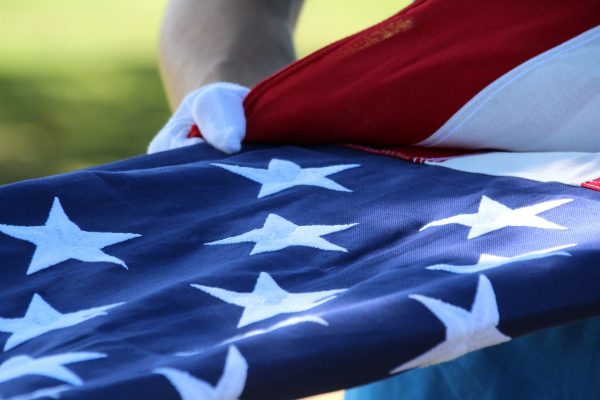 I very much encourage everyone to check out this dream that our friend Marty Breeden has shared with us.  Yesterday, I posted a vision that a wonderful sister in Christ named Carla Smith recently had about America’s casket being sealed.  When Marty read that vision, it immediately reminded him of a similar dream that he had in late 2016.

I told the officiants that the funeral could not start yet, and that they were not ready, because the casket had not been sealed.

I then heard the Lord say…”Stand back away from the casket, for the rock will fall and seal it!”

Normally the caskets would be sealed as called for, but on this occasion, a huge rock fell from the top of the post ONTO the American flag that was already loosely drapped over the coffin, sealing it with great force….the rock remained on of top coffin.

The officiants handling this funeral were obviously drunken and ill prepared. They were mocking and disheveled and I could hardly believe their lack of care or concern over this sacred event. I remember thinking as we were all standing there dressed in black funeral attire….”Am I the only one who’s taking this passing serious?”…..”Why aren’t these other supposed professionals doing their job properly?…and why are they taking it SO lightly?”…..I remember thinking, “I’m a Cop, why are they not doing their job????”

Possible interpretation: The “professional church” is STILL standing back drunken with the world and the things of the world. They clearly see the death around them but they do NOT take it seriously, they do not count the cost, they do not care. Regardless, and still, the “Rock” is about to fall on America, and sealing it in a way that no one ever expected. The ones standing and watching “Guard” at this time are not the “professionals”, but it is the no named seemingly out of place persons that are clearly hearing that the “Rock” is about to fall….heeding the warning until they hear the Lord say “Step Back now!”… Something is coming…….and it’s big and it’s sudden and it’s life altering!