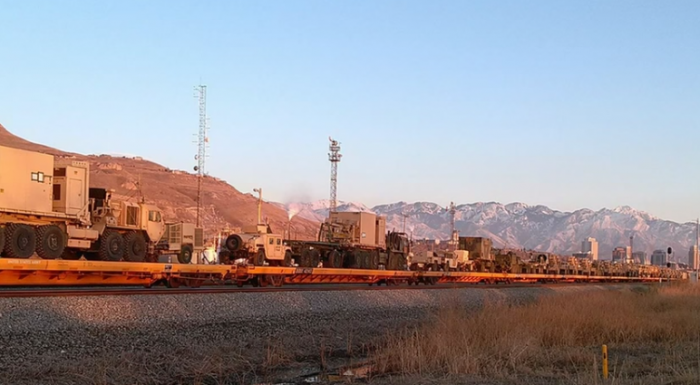 In the last three months we have seen dozens upon dozens of suspicious military equipment movements throughout the country coupled with numerous urban military training drills with a strong domestic focus.

Now, even more evidence of some sort of buildup ahead of Jade Helm 2015 has surfaced with video footage taken in Utah showing yet another massive train full of military equipment.

Interestingly, the train was heading into a major city in one of the states that Jade Helm has listed as “hostile.”