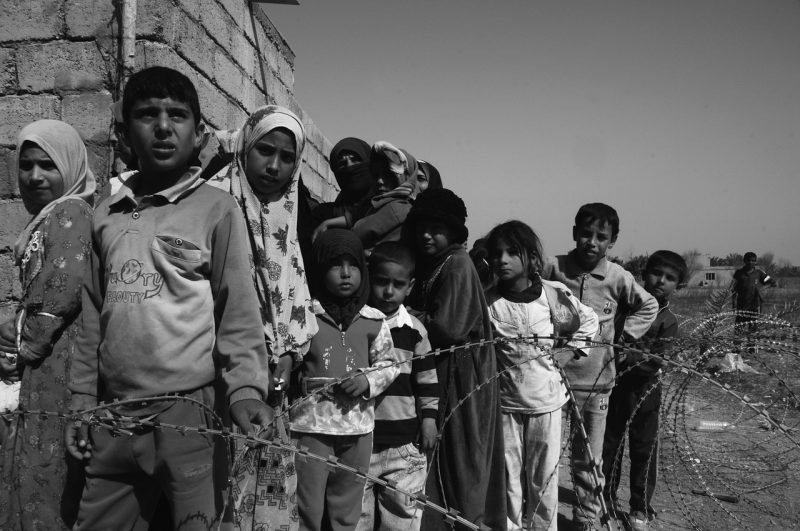 I have so much information to share with you today, and I will do my best to be brief.  But be warned that this article is going to be longer than usual.  Global events are moving so quickly now, and I believe that they are going to move even more rapidly in the months ahead.  Sadly, the changes that we are witnessing will have a very real impact on the daily lives of every man, woman and child on the entire planet.  As I discussed yesterday, a global food shortage has arrived.  In fact, members of Congress are now using words like “famine” and “starvation” to describe what conditions will soon be like all over the world.

About 40 to 45 percent of the production in Ukraine will be decreased this year because of the war and the scarcity of supplies that go into the planting season. And we know that Ukraine also supports about 400 million people around the world with its food products. So we do see that we have an impending famine. And I’ve heard from David Beasley at the World Food Bank that he’s now going to have to take from the hungry to feed the starving.

And U.S. Senator Cory Booker has previously warned that we could soon see tens of millions of people “dying of starvation”…

“Democrats and Republicans in Congress need to quickly come together and approve emergency global food aid in order to prevent tens of millions of people, including millions of children, from dying of starvation,” Senator Cory Booker, a Democrat from New Jersey, told Reuters.

Even Joe Biden recently admitted that food shortages are “going to be real”.

The one thing that could provide a ray of hope would be an end to the war in Ukraine.

But it appears that isn’t going to happen any time soon.  In an interview with Fox News on Friday, Volodymyr Zelenskyy stated that his nation will not accept anything less than “victory” in the war…

Special Report’s Bret Baier interviewed Ukrainian President Volodymyr Zelenskyy on Friday evening, touching on a wide variety of topics, including what a victory looks like for Ukraine and what Putin is hoping to achieve.

Baier asked the Ukrainian leader at the start of the interview how he believes the “war will end” prompting an explanation from Zelenskyy that only “victory” will be acceptable to his country.

Good luck with all that.

Now that the Russians have pulled their forces away from Kiev to focus on the eastern front, there is a lot less pressure on Zelenskyy to compromise on a peace deal.

And the fact that this conflict has made him one of the biggest celebrities on the entire planet actually gives him an incentive to keep it going.

Meanwhile, millions upon millions of people are already deeply suffering.  In Somalia, we are being warned that an “impending famine” is at the door…

What we are now seeing is impending famine similar to that which occurred in 2010/2011 in which more than a quarter of a million people died – including 133,000 children under the age of five. Although some donors have committed to fund Somalia’s Humanitarian Response Plan (HRP) which seeks US$1.5 billion, not even 4% of funding required to meet Somalia’s humanitarian needs have been allocated. Like the novel coronavirus, which had impacted many of Somali households, the Ukraine crisis has driven inflation and rising costs in Somalia, particularly for food and energy, at a time when families are already incredibly desperate.

Finally, in the Horn of Africa 13 million people are already suffering from hunger. Ethiopia imports around 40 percent of its wheat from Russia and Ukraine, Kenya 30 percent, and Somalia over 90 percent.

Meanwhile, the food crisis in Yemen just continues to escalate.  One man that was recently interviewed admitted that he and his family “live like ants”…

Experts are warning that the world faces a historic famine. The war in Ukraine is only one of many problems plaguing the global distribution of food.

In Yemen, Ghalib al-Najjar skips meals so that his children have enough food. He says he and his family “live like ants or fish…we eat what we can find.”

An ongoing wave of violent protests in Peru shows how the Russian invasion of Ukraine is affecting markets around the world, sparking unrest and deepening political divides.

So far at least six people have died in the chaos, and protesters continue to block at least nine major roads.

In Afghanistan, it is being estimated that 95 percent of the entire population does not have enough food to eat right now…

Afghanistan has faced grave hunger crises before. Two decades ago, people in the country were so hungry they resorted to eating wild grass.

But the situation in the country now is unprecedented.

Exacerbated by an unusually cold winter and the worst drought in decades, the economic upheaval that came with the Taliban takeover has left 95% of Afghans without enough food.

We haven’t seen anything like this in a really long time.

Overall, the World Food Program is warning us that “285 million people face starvation”…

Of course this is just the beginning.  As I specifically warned in Lost Prophecies and 7 Year Apocalypse, conditions will eventually become far more severe than they are at this moment.

Here in the United States, nobody is starving just yet, but the cost of living is escalating at a frightening pace.

According to a Bloomberg report, the average U.S. household will need to spend 5,200 dollars more just to have the same standard of living as last year…

“Inflation will mean the average U.S. household has to spend an extra $5,200 this year ($433 per month) compared to last year for the same consumption basket,” Bloomberg Economics reports.

Having to spend an extra $433 per month to get the same is a hefty, even gargantuan ask for anyone — especially parents who are already struggling to keep a roof over their kid’s heads and food on the table.

And our historic supply chain crisis just continues to get even worse.

The wait times for semiconductor deliveries rose slightly in March, reaching a new high, after lockdowns in China and an earthquake in Japan further hampered supply.

Lead times — the lag between when a chip is ordered and delivered — increased by two days to 26.6 weeks last month, according to research by Susquehanna Financial Group.

The system is crumbling all around us, and we really are in the early stages of a full-blown economic implosion.

Initially, it will be the poorest nations that suffer the most.

Millions upon millions of innocent people don’t have enough to eat right now, and that number will rise with each passing day.

Normally, most Americans don’t pay too much attention to what is happening on the other side of the world, but food scarcity is growing in the United States too.

So if you and your family have enough food to eat tonight, you should be very grateful, because at least for now you are one of the lucky ones.