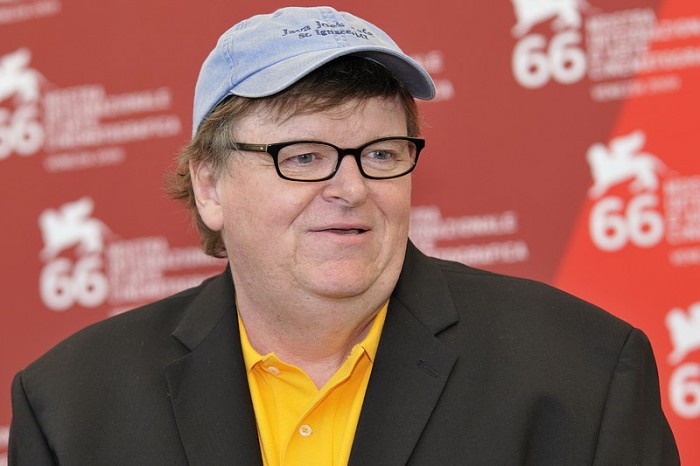 (Michael Moore’s Facebook Page) Yesterday was the day Donald Trump was going to hold his first press conference in 5 months. He abruptly cancelled it on Monday with no explanation. Well, I have one…

He has heard that there is a rumbling taking place amongst the Republican electors that some of them are growing uncomfortable with the news that the election was hacked by Russia to benefit him. This news was followed by the revelation that Putin himself directed the hack. And then last night, CBS News reported that the Russians had in the past committed a successful cyber-attack on the email system of the Pentagon’s Joint Chiefs of Staff.

If you are a Republican Elector, this news is very sobering. And for some, very disturbing.

Electors of the Electoral College know that their job is to usually rubber stamp the election – with one exception: If they need to cast their vote to protect the country from someone who is a danger to our nation.

And slowly it has dawned on some of the electors this week that something doesn’t smell right. And now that we know that Putin himself was behind this historic assault on our electoral process — so that he could tilt the election to Trump — well, this is now for many Americans a bridge too far.

Trump knows this, so he’s gone into hiding from real journalists. He has one mission right now: Get to Monday without the shit hitting the fan. To show you how scared he is, after my (and others) week-long shaming him for not showing up to the daily national security briefing, his aides have responded by announcing that he’ll start attending the briefings “three” times a week. As for the other four days, I guess it’s, “Sorry America — you’re on your own!” But he knew he had to do something. This is the Trumpian way of “doing something.”