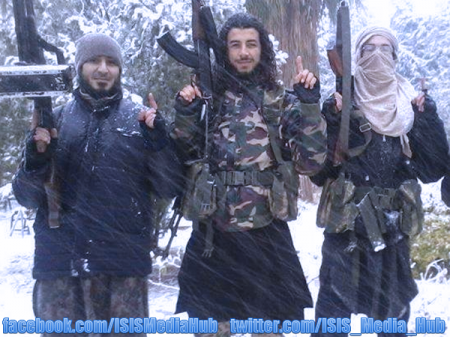 It is likely that there are now more British Muslims fighting for the Islamic State than for Britain’s military.

Britain’s Ministry of Defense confirmed to USA TODAY that there are approximately 600 British Muslim servicemembers in its armed forces of almost 200,000 people. Official government estimates put the number of British Islamic State fighters operating in Syria and Iraq at up to 800. The Foreign Office cautioned Thursday that it is difficult to provide precise numbers.

The militant who beheaded American journalist James Foley in a horrifying video released this week spoke with a British accent. United Kingdom Foreign Secretary Philip Hammond acknowledged that the militant in the video could be a British national. And he knows the problem of British jihadists is not a new one.

“This is something we have been tracking and dealing with for many, many months and I don’t think this video changes anything,” he said. “It just heightens awareness of a situation which is very grave.”