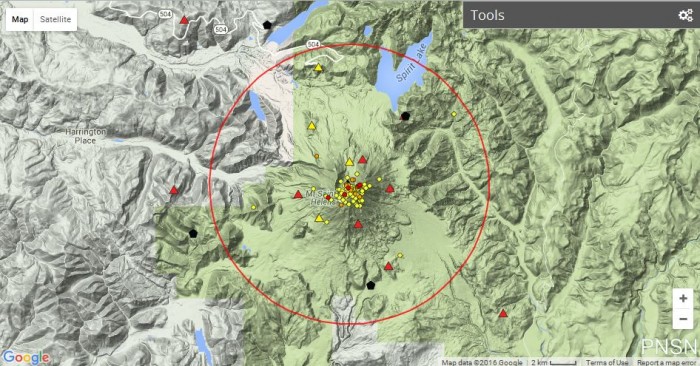 In less than a week, four swarms of more than 120 earthquakes shook Mount St. Helens in late November. Although they were too small to be felt even by someone standing directly over their epicenters, scientists say they reveal the volcano is likely recharging.

“Each of these little earthquakes is a clue and a reminder we are marching toward an eruption someday,” said Weston Thelen, a U.S. Geological Survey seismologist with the Cascades Volcano Observatory in Vancouver.

However, “there’s nothing in this little modest seismicity, and none since 2008, that is a really good indicator of when that eruption will be.”