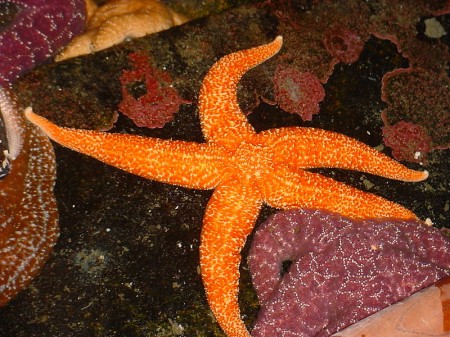 A mysterious disease that is turning sea stars to goo has taken off along the Oregon coast, with up to half or more of the creatures being infected in just the last few weeks, scientists say.

Until now, Oregon was the one state along the U.S. West Coast essentially spared from the disease. In April, researchers estimated less than 1 percent or so of the purple ochre sea stars (Pisaster ochraceus) living within 10 sites along Oregon’s intertidal zones — which provide an easily accessible place to monitor sea stars — were affected by the wasting disease. By mid-May that percentage had gone up slightly, and then after that it seemed to skyrocket.