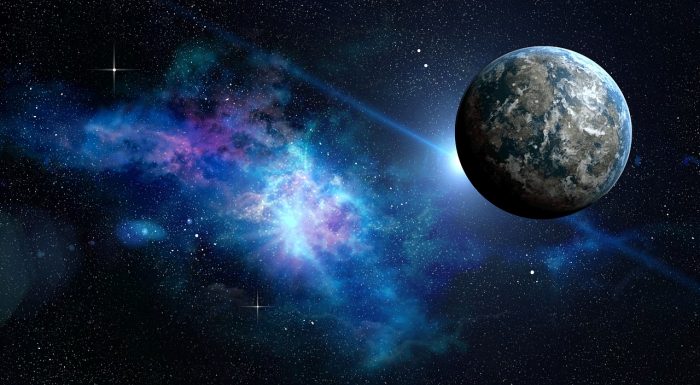 On April 18th, NASA launched the Transitioning Exoplanet Survey Satellite (TESS) aboard a SpaceX Falcon 9 rocket from the Kennedy Space Center in Cape Canaveral, Florida. This purpose of this new satellite is to search the universe for new planets, and it has already been successful. According to NASA, a “super-Earth” have been found approximately 60 light years from our planet. This “super-Earth was discovered in the constellation Mensa orbiting a very bright star known as Pi Mensae. The good news is that is is believed that this particular planet is primarily made up of water, but the bad news is that it is “likely evaporating under the heat from its star”…

NASA’s newest planet-hunting mission has reported detecting its first alien world — a “super-Earth” that is likely evaporating under the heat from its star, a new study finds.

The Transiting Exoplanet Survey Satellite (TESS) launched to Earth orbit on April 18 atop a SpaceX Falcon 9 rocket. The space telescope is analyzing several hundred thousand of the brightest stars in the sun’s neighborhood, looking for tiny dips in brightness caused by the passage (or “transit”) of orbiting planets as small as Earth across the faces of those stars.

This newly discovered planet has been given a name, and it is pretty dreadful. It is being called Pi Men C, and it is 50 times closer to the star it is orbiting than we are to our sun.

That means that is would be nearly impossible for life to survive on that planet.

Pi Men C has nearly 5 times the mass that Earth does, and it is very far away.

Not that we would want to anyway, because the experts are telling us that it is probably “a boiling nightmare of steam and rock” …

Scientists analysing data collected by TESS have determined the alien world is most likely made up entirely of water – one of the fundamental building blocks of life.

However, the planet could be a boiling nightmare of steam and rock because of how close it is to its star.

The Transitioning Exoplanet Survey Satellite will continue to search the skies for new planets, and NASA is very excited about its potential…

“No ground-based survey can achieve this feat.”

TESS is the successor to NASA’s Kepler Space Telescope which is currently nearing the end of its nearly 10 year lifespan.

But despite all of our advanced technology, searching for new planets still requires a tremendous amount of guesswork. The existence of new planets is inferred from “tiny dips in brightness” from distant stars, and we do not possess the technology to actually look at these extremely distant planets directly.

So while this is definitely an exciting development, the truth is that most of what is going on elsewhere in the universe remains a complete and utter mystery to us.