The New York Times has hired a bigot, whose tweets from just 48 months ago would have gotten Roseanne Barr excommunicated from the planet were the race simply changed.

On Wednesday the paper announced the addition of Sarah Jeong to their editorial board as the “newest in a fab group of recent additions.” As the Daily Caller‘s Amber Athey notes, Jeong previously wrote for the Verge and authored a book about online harassment and free speech titled “The Internet of Garbage.”

One of Jeong’s tweets from 2016 reads: “Dumbass fucking white people marking up the internet with their opinions like dogs pissing on fire hydrants.” Another reads “oh man it’s kind of sick how much joy I get out of being cruel to old white men”

And while words don’t hurt anyone, so who cares – the left has established that anyone’s tweets can qualify them for a witch hunt, which is why director James Gunn is no longer employed by Disney after several very pedocentric tweets were unearthed. 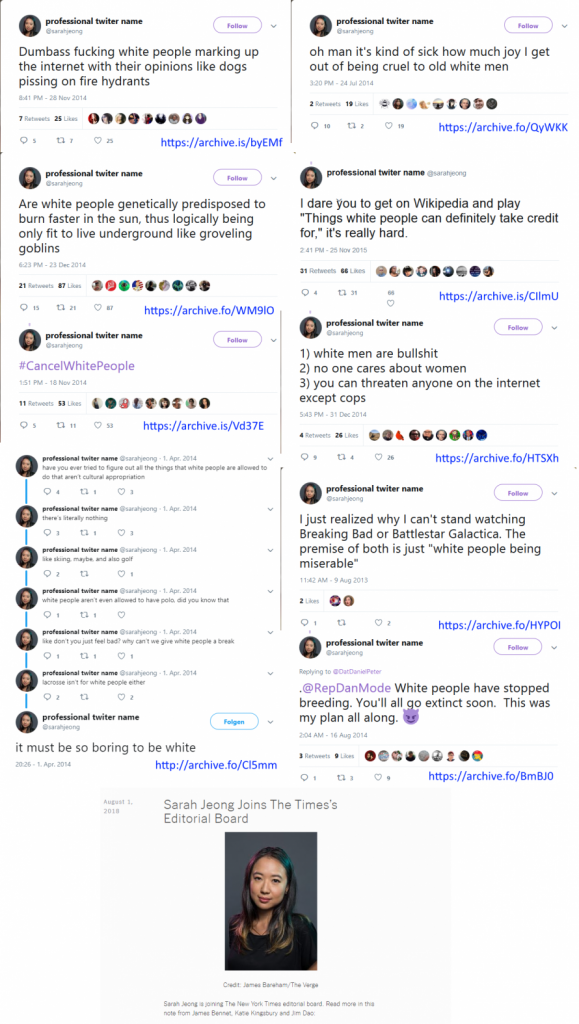