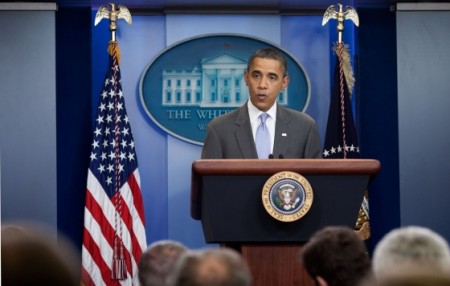 President Obama said Thursday he doesn’t have a strategy yet for defeating Islamist militants in Syria.

“I don’t want to put the cart before the horse,” Mr. Obama said in a news conference at the White House. “We don’t have a strategy yet. As our strategy develops, we will consult with Congress.”

The president pushed back a meeting of his national security team until later Thursday evening as he considers expanding strikes against the Islamic State militants from the current air campaign in Iraq.

Aides have been saying since last week that the president is considering strikes in Syria, and he has ordered surveillance flights there to locate potential targets.