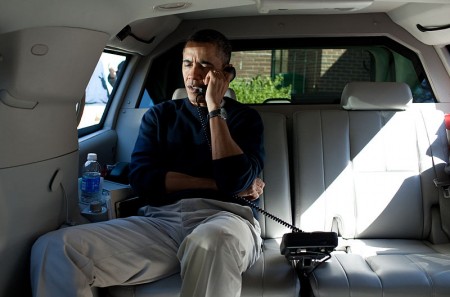 The Obama administration is working to forge a sweeping international climate change agreement to compel nations to cut their planet-warming fossil fuel emissions, but without ratification from Congress.

In preparation for this agreement, to be signed at a United Nations summit meeting in 2015 in Paris, the negotiators are meeting with diplomats from other countries to broker a deal to commit some of the world’s largest economies to enact laws to reduce their carbon pollution. But under the Constitution, a president may enter into a legally binding treaty only if it is approved by a two-thirds majority of the Senate.

To sidestep that requirement, President Obama’s climate negotiators are devising what they call a “politically binding” deal that would “name and shame” countries into cutting their emissions. The deal is likely to face strong objections from Republicans on Capitol Hill and from poor countries around the world, but negotiators say it may be the only realistic path.