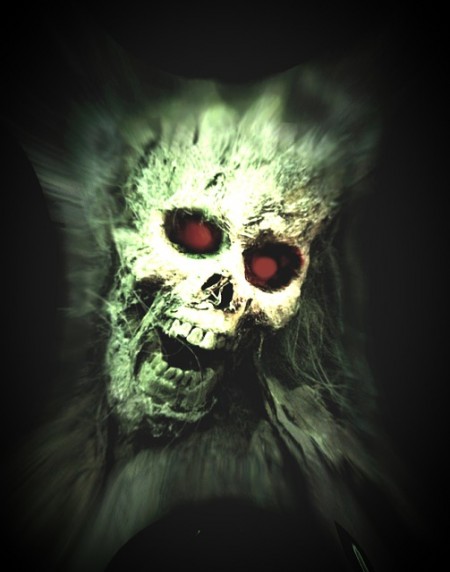 Yup, leftists just LUV death (along with their crony generated money).  If it’s not the 50 million aborted, including partial birth abortion, it’s “post-birth” abortion (yes, really. See After Birth Abortion – Why Should the Baby Live, by two Joseph Mengele wannabe bioethicists, Alberto Giubilini and Francesca Minerva at The Journal of Medical Ethics http://jme.bmj.com/content/early/2012/03/01/medethics-2011-100411.full; see also Dr. Peter Singer of Yale, who advocates bumping kids off up to ~2 yrs old… though he refuses to “put down” his severely Alzheimers ridden elderly mother), then it’s  Dr. Eric R. Pianka, at University of Texas lecturing to fellow scientists, students and professors in 2006, invoking the standard Malthusian ignorance,  that 90% of the world’s population needed to be killed using a weaponized form of the Ebola virus. Pianka stated that an airborne version of Ebola would be more “effective” than the HIV/AIDS virus has been because of the speed in which the victim dies; the good doctor also spoke positively of the death the bird flu could bring (and is the same Pianka who has also stated “We’re no better than bacteria!” at one of his lectures.) These are the same leftist types that murdered 100 million last century, per the highly acclaimed Black Book of Communism (Harvard Univ. Press; see https://en.wikipedia.org/wiki/The_Black_Book_of_Communism) or possibly up to 160 million, per Dr. RJ Rummel (see http://www.hawaii.edu/powerkills/PERSONAL.HTM

In any event, while “choice” is the mantra-like chant at abortion rallies and gay marriage, elsewhere freedom of choice is the opposite, particularly with your healthcare. Epic fail ObamaUnCare architect Ezekiel Emmanuel, brother of the mayor Rahm Emmanuel of Chicago (who is doing his darned best to keep population down with all the gun murders in gun control happy Democrat Chicago), now thinks you should die at age 75, per his latest leftist bloviations at The Atlantic (see http://www.theatlantic.com/features/archive/2014/09/why-i-hope-to-die-at-75/379329/).  You see, after 75, you have a “less than perfect existence.”  Of course, no one on the left has yet answered what defines the right quality of life, let alone answered the question the Roman satirist Juvenal asked 2,000 year ago – “Quis custodiet ipsos custodies?” (Who will guard the guards themselves, or more colloquially, who controls the controllers), but then the left always was good at forgetting the past and then repeating it (that is why we are still doing the same errors the Robespierre’s socialist France did).

And yes, you are indeed correct… this “less than perfect life” – which the Nazis termed “lebensunwertes leben” – life unworthy of life –  is exactly the identical philosophy Hitler’s Aktion T4,  known as “Gnadentod” in German, where doctors – led by Hitler’s own doctor Karl Brandt –  murdered tens of thousands who were not up to National Socialist “snuff” (total killed from 9/1939 to 9/1941 was 70,273 according to their well-kept records). These types of action were condemned at Nuremburg – but as noted above, history for the left only goes back as far as the last “Yes we can/Yes we have no bananas” chant-in, or Kim Kardoooshian fashion show). Of course, as you know, people like Henry Kissinger (age 91), Zbigniew Brzezinski (age 86), uber leftist George Soros (age 84), Peter Singer’s ancient mother noted above,  ad nauseam, are all “special,” so this does not apply to them (as Orwell said, in the socialist workers’ paradise, we’ll all be equal – only some of us will be “more equal” than the others… just ask always vacationing, C02 spewing Michelle Obama about THAT!) And just so Emmanuel knows, Nancy Pelosi turns 75 March 26th. No word if Emmanuel has plans to check her out of politically correct, morally/financially bankrupt “Hotel Kalifornia” yet.

Far-fetched, you say? Relative to death panels,  I have lived half my life under half under Canadian healthcare as a dual US/Canadian citizen.  The Vancouver Sun reported 8/9/2009, in an article by Dave Eberhart that more than 6,000 life preserving surgeries were going to be denied to close a $200 million budget shortfall in BC where I used to live (yup…. that means they are going to die). Meanwhile, in Ontario, Aug. 2010, a man (who happens to be a Sri Lankan pastor) had a heart attack that put him into a coma. The province of Ontario ruled that unless he was sentient enough to ask for a sustenance himself, he was to be denied and left to die, per Ontario’s Consent and Capacity Board given that there were no local family members to make a decision for him. Consent and Capacity Board = de facto death panel.  And if you want my own personal stories about Canadian socialized healthcare, just ask me! (And no, it isn’t free – it’s paid by draconian taxes, and yes, private clinics are opening up all over the country now. )