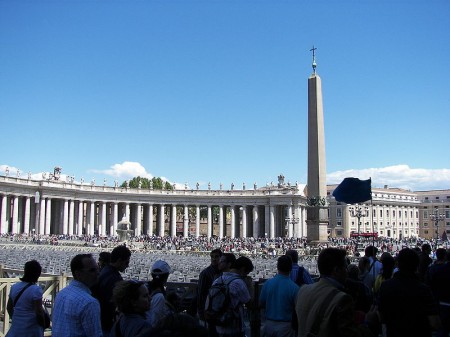 The astronomer of Pope Francis has said he believes there is life beyond Earth.

Brother Guy Consolmagno, president of the Vatican Observatory Foundation, made the comment in the booklet Would You Baptise an Extraterrestrial?, which he wrote with astronomer Father Paul Muller.

Consolmagno, who is the keeper of the Pope’s meteorite collection, said he would be happy to baptize extraterrestrial creatures if they wanted the blessing. He added the presence of extraterrestrial life, “does not disprove the existence of God”.

Instead, the discovery of “tentacled horrors from the void” should lead people to question what being human means. “When we say human, human as compared to what?” he asked.

In a 2010 statement, Consolmagno said that “all entities – despite how many tentacles they might have – have a soul”.

In the booklet, Consolmagno tries also to answer important questions, such as, “Should the Church send out missionaries to alien planets?”, “What’s going to happen when the world ends?” and “Do extraterrestrials have their own version of Jesus?”