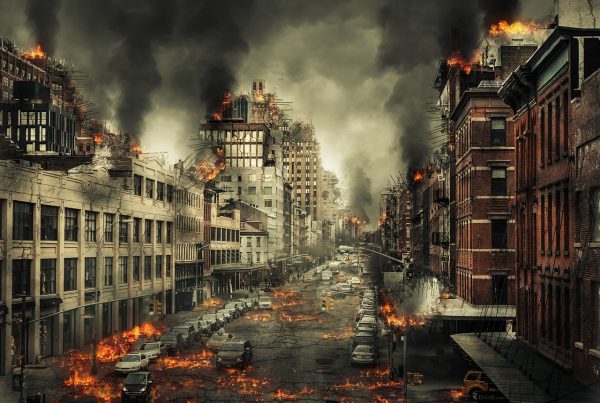 It isn’t just people in America that are having visions and dreams about our future.  Recently, a woman from Germany named Kristina Heuken-Goossen shared some of the visions that the Lord has given to her about America’s future with our friends over at 444ProphecyNews.com.  Although she speaks with broken English, these visions are consistent with what the Lord has been giving to others, and so I thought that I would share them with all of you…

Hello, many greetings from Germany. A sister in Christ said to me, to send my visions to you. So, now I am here to tell you all my visions the LORD gave me about America. I got messages too, but I must look them up. then I will send them to you.
Interesting also, I got more visions about America and Israel than about Germany.

In 2015 I saw the most visions about America, about Obama, about Trump.
First I saw Obama. He stand there, smiling very cute and said: Yes, I am so smart and so galant. But, I sure can do it differently too! than in one moment his face turned into a lions mouth, in a bear face and into a black panther. He had a very big golden crown on his head and a long red robe with mink flur on it. He had a cepter in the right and an imperial orb in the left hand. suddenly I saw a continent and with one blow with the cepter a huge Guillotine appeared. Obama laughed very scary.

I saw many visions about the North-American continent. One time I saw a huge map and on it North- America. from one moment to the next I saw a split from the Gulf through the Missisippi and up to Canada. America splitted in two.

Than I saw a very huge and big city. Many tall buildings. It was night. And suddenly all this tall cities and the whole city… All this disappeared into the ocean. Like slowmotion …sloping. This was on the west coast of America.

One time I saw the map of the USA. A huge flag of America on huge flagstaff. First all was calm and than, the flag begin to burn, than the staff and from the staff the whole state was burning in one huge sea of flames.

Than I saw a big city at night. All the lights…and I was far away from it. First I thought I was on a field, but than I saw the sea. And I saw a huge wave towards the city.

One time I stand on a wonderful beach. A nice sunny day. Children and parents and many young people have much fun. Playing around. From one minute to the other I stand opposite a huge monster wave.
I looked up at her….monster huge.

Than I was under the sea. I saw a submarine. It didn´t move. Only stand still. Than I heard a kind of hiss and a big bomb shot out of this submarine and raced towards a coast.  I saw that this coast is on the east side of America.

Not long ago I saw Europe. It was night.  I was on the sea. Than a huge huge and long snake going up and down towards the waves … going from Europe to the east side of America. There the snake went ashore.

I saw Trump just before he was elected president.
They throw him out of a helicopter, but his wife came with a Limousine and she brought him to an interview between him and Hillary.  this was on a mountaintop. All was flagged in white, red and blue.
Trump won the interview and behind him a crowd of people demotrated violently and loud.

Than I saw him during an election event .. something happened, a shot or something .. he was put behind the scenes … I don´t know what happened next.

I hope my english is good enough that you can understand what I have sent you there.
I pray daily for America, and for all my brothers and sisters!
May the LORD bless and shelter each and everyone and the families.
May the LORD shine HIS face upon you.
And may HE give all of you HIS peace!
AMEN!