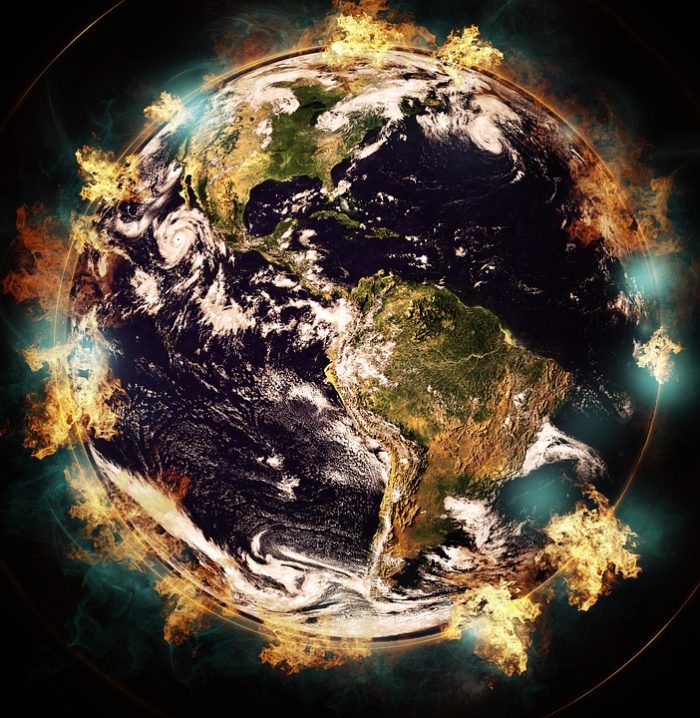 Is the United States about to plunge into an apocalyptic nightmare from which it may never recover?  During the Obama era conservatives often warned of such scenarios, but now things have completely shifted.  At the moment, conservatives are generally more optimistic than they have been in many years, but quite a few liberals are warning that the Trump years could have absolutely disastrous consequences for this country.  They are concerned that Trump’s policies could burst the giant debt bubble that we have been living in and trigger economic collapse, they are concerned that widespread civil unrest could soon erupt in our cities, they are concerned that our rapidly deteriorating environment and major natural disasters could soon kill millions, and they are also concerned that faltering relationships with other nations could lead us into World War III.

Of course leftists are generally wrong about just about everything, but in this case they might be exactly correct.

The truth is that our world is becoming increasingly unstable with each passing week, and this time around it is conservatives that are guilty of reckless optimism.

Just because Donald Trump has been elected does not mean that everything around us is going to be transformed into some sort of utopia.  Anyone that is guilty of this kind of thinking is simply delusional.

So as much as it pains me to say it, these days it is often liberals that have a more accurate assessment of what the times immediately ahead of us are going to be like.  And while many conservatives have totally given up on preparing for the difficult times that are coming, many liberals have suddenly become extraordinarily interested in emergency food, water filters and guns.  They are extremely concerned about what America is going to look like in a few years, and the mainstream media is starting to do stories about their rising anxiety.  The following is an excerpt from a Christian Science Monitor article entitled “In age of Trump, apocalyptic rhetoric becomes mainstream“…

The longer President Trump is in office, the more Cat Deakins worries about the future – for herself and her children.

With every executive order and cabinet appointment, she envisions another scenario: an America that rejects immigrants, that succumbs to climate change, that erupts in war.

“It’s scary to me that [people within the administration] are promoting this idea of, ‘We are at war with Islam.’ That’s the kind of thinking that leads to World War III,” says Ms. Deakins, a cinematographer in Los Angeles. “I don’t think we can be alarmed enough.”

To many conservatives that may sound like nonsense, but the truth is that we are on a road that could potentially lead us to World War III.  Anti-Russian hysteria has reached a fever pitch in Washington, and our relationship with China is the worst that it has been in decades.  Of course the Middle East continues to be a tinderbox, and one false move could cause a major war to erupt in the region.

Meanwhile, the ground under our feet continues to shake with increasing regularity.  In fact, an enormous magnitude 6.9 earthquake struck along the “Ring of Fire” just this weekend…

The quake was so powerful that it was felt as far away as the capital Port Moresby, 750 km (460 miles) away on the country’s south coast.

Papua New Guinea is on the Pacific “Ring of Fire” which has frequent earthquakes and volcanic eruptions.

And our environment continues to deteriorate all around us as well.  According to one recent study, half of the species on our entire planet could be facing extinction by the end of this century unless something is done…

One in five species on Earth now faces extinction, and that will rise to 50% by the end of the century unless urgent action is taken. That is the stark view of the world’s leading biologists, ecologists and economists who will gather on Monday to determine the social and economic changes needed to save the planet’s biosphere.

“The living fabric of the world is slipping through our fingers without our showing much sign of caring,” say the organisers of the Biological Extinction conference held at the Vatican this week.

But of more immediate concern is our very serious economic problems.  For much more on this, please see the article that I published on Sunday entitled “Retail Apocalypse Gains Momentum As David Stockman Warns ‘Everything Will Grind To A Halt’ After March 15th“.

We have already seen very angry protests and riots from coast to coast during the first month of Trump’s presidency, and it wouldn’t take much to push the millions upon millions of Americans that completely hate Trump entirely over the edge.  If we do see a severe economic downturn or a major natural disaster (remember Katrina?) or the U.S. enters a new war, any of those things could potentially be enough to spark widespread civil unrest in cities all over America.

A lot of people can see what is coming, and many wealthy elitsts are securing adequate accommodations to ride out the “Trumpocalypse” while they still can.  For example, a former nuclear missile silo in Kansas has been transformed into a series of luxury survival condos…

The door to the Survival Condo closes slowly, sending a resounding thud through the concrete parking garage.

Those inside have surrounded themselves with walls up to 9 feet thick, ready to withstand a nuclear explosion, the eruption of Yellowstone’s supervolcano or an outbreak of avian flu.

Larry Hall, project manager and owner of the Luxury Survival Condo Project, says he feels safer with the doors closed.

He says he’s sold all 12 luxury condos in the former Atlas missile silo — which once housed a nuclear warhead — not far from Concordia, about two hours north of Wichita. He’s working on a second silo.

The condos are all sold out at this point, but the vast majority of us could have never afforded one anyway.  According to the article quoted above, an 1,820 square foot unit costs three million dollars.

In the end, the truth is that America was headed for disaster whether Trump or Clinton won the election.  And actually, many of the apocalyptic scenarios that I lay out in my novel are much more likely to happen with a Republican in the White House.  For instance, radical leftists are far more likely to go wild in the streets if someone that they hate with all of their might is leading the nation.

And instead of trying to bring peace, the top Democrats in Washington are now calling for “total war” against Donald Trump.  The following comes from the Daily Caller…

Democrat Party leaders are planning to agree on a strategy of all-out war against President Donald Trump at meetings this weekend, rather than work to achieve their policy goals through compromise.

Following the election that devastated the party’s power at every level of government, some in the party were considering a strategy of working with the Trump administration to get things done. Indeed, Trump has signaled he would be willing to cross the aisle to achieve some less-than-conservative policy changes he has taken up. But senior party officials told The New York Times that option is likely off the table, and those inside the party who favor an aggressively confrontational strategy will win out.

The left is not just going to lay down and die just because Donald Trump won the election.

They are absolutely determined to fight Trump every step of the way, even if that means causing more division in a nation that is more deeply divided than it has been in decades.

I know that there is a lot of optimism out there among conservatives right now, but the truth is that the elements for a “perfect storm” are coming together very rapidly, and it is very easy to see how all of this could end very, very badly.

So when liberals say that the coming years could be “apocalyptic”, they may not actually understand what they are talking about, but they might end up being precisely correct.