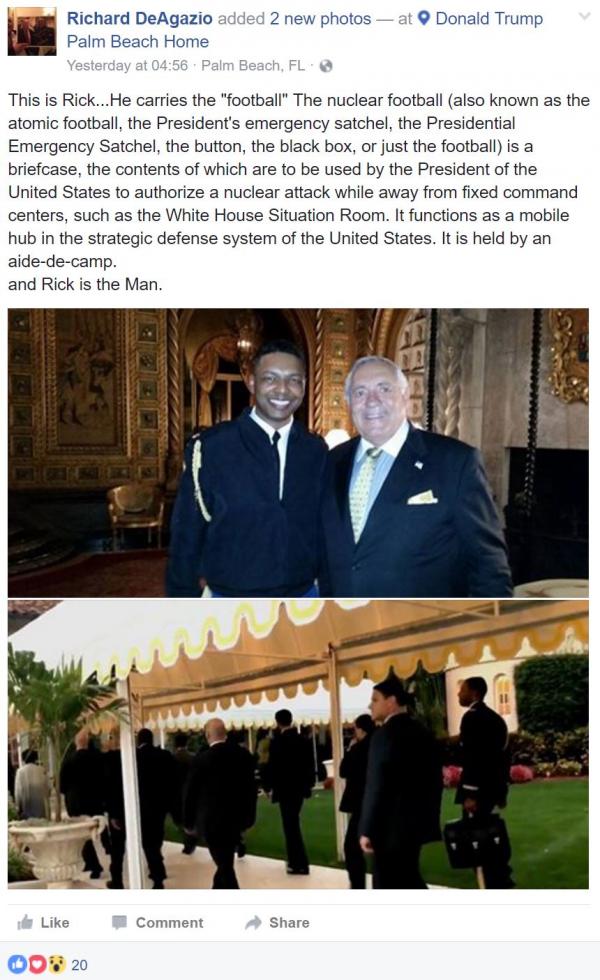 Richard DeAgazio, a 72-year-old Palm Beach businessman, Trump supporter and actor, raised some eyebrows over the weekend after he essentially live blogged Trump’s Mar-A-Lago golf outing with Japanese Prime Minister Shinzo Abe. Among other misguided posts, DeAgazio thought it would be a really good idea to pose with, and publicly identify, “Rick”, the service man responsible for carrying the “nuclear football.”

DeAgazio has since deleted his Facebook account, but as parents have been warning their teenagers for nearly a decade now, it’s almost impossible to erase something from the internet once it hits social media.