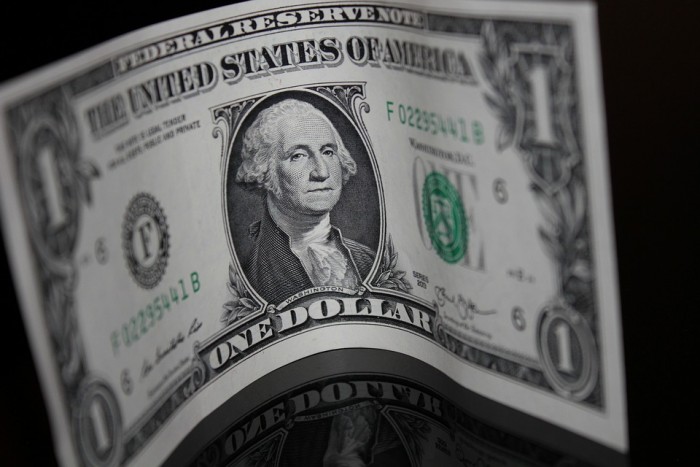 We have seen this story before, and it never ends well. From mid-March until early May 2008, a vigorous stock market rally convinced many investors that the market turmoil of late 2007 and early 2008 was over and that happy days were ahead for the U.S. economy. But of course we all know what happened. It turned out that the market downturns of late 2007 and early 2008 were just “foreshocks” of a much greater crash in late 2008. The market surge in the spring of 2008 was just a mirage, and it masked rapidly declining economic fundamentals. Well, the exact same thing is happening right now. The Dow rose another 222 points on Tuesday, but meanwhile virtually every number that we are getting is just screaming that the overall U.S. economy is steadily falling apart. So don’t be fooled by a rising stock market. Just like in the spring of 2008, all of the signs are pointing to an avalanche of bad economic news in the months ahead. The following are 11 signs that the U.S. economy is rapidly deteriorating…

#1 Total business sales have been declining for nearly two years, and they are now about 15 percent lower than they were in late 2014.

#2 The inventory to sales ratio is now back to near where it was during the depths of the last recession. This means that there is lots and lots of unsold stuff just sitting around out there, and that is a sign of a very unhealthy economy.

#3 Corporate earnings have declined for four consecutive quarters. This never happens outside of a recession.

#4 Profits for companies listed on the S&P 500 were down 7.1 percent during the first quarter of 2016 when compared to the same time period a year ago.

#6 U.S. rail traffic was 11 percent lower last month than it was during the same month in 2015. Right now there are 292 Union Pacific engines sitting idle in the middle of the Arizona desert because there is literally nothing for them to do.

#7 The U.S. economy has lost an astounding 191,000 mining jobs since September 2014. For areas of the country that are heavily dependent on mining, this has been absolutely devastating.

#8 According to Challenger, Gray & Christmas, U.S. firms announced 35 percent more job cuts during April than they did in March. This indicates that our employment problems are accelerating.

#9 So far this year, job cut announcements are running 24 percent above the exact same period in 2015.

#10 U.S. GDP grew at just a 0.5 percent annual rate during the first quarter of 2016. This was the third time in a row that the GDP number has declined compared to the previous quarter, and let us not forget that the formula for calculating GDP was changed last year specifically to make the first quarter of each year look better. Without that “adjustment”, it is quite possible that we would have had a negative number for the first quarter.

#11 Barack Obama is poised to become the first president in U.S. history to never have a single year during his time in office when the economy grew by more than 3 percent.

But you never hear Obama talk about that statistic, do you?

And the mainstream media loves to point the blame at just about anyone else. In fact, the Washington Post just came out with an article that is claiming that the big problem with the economy is the fact that U.S. consumers are saving too much money…

The surge in saving is the real drag on the economy. It has many causes. “People got a cruel lesson about [the dangers] of debt,” says economist Matthew Shapiro of the University of Michigan. Households also save more to replace the losses suffered on homes and stocks. But much saving is precautionary: Having once assumed that a financial crisis of the 2008-2009 variety could never happen, people now save to protect themselves against the unknown. Research by economist Mark Zandi of Moody’s Analytics finds higher saving at all income levels.

So even though half the country is flat broke, I guess we are all supposed to do our patriotic duty by going out and running up huge balances on our credit cards.

Of course the U.S. economy is actually doing significantly better at the moment than almost everywhere else on the planet. Many areas of South America have already plunged into an economic depression, major banks all over Europe are in the process of completely melting down, Japanese GDP has gone negative again despite all of their emergency measures, and Chinese stocks are down more than 40 percent since the peak of the market.

This is a global economic slowdown, and just like in 2008 it is only a matter of time before the financial markets catch up with reality. I really like how Andrew Lapthorne put it recently…

On the more bearish slant is Andrew Lapthorne, head of quantitative strategy at Societe Generale. To him this profit downturn is a sign that stocks are far too overvalued and the economy is weaker than you think.

“MSCI World EPS is now declining at the fastest pace since 2009, losing 4% in the last couple of months alone (this despite stronger oil prices),” wrote Lapthorne in a note. For the S&P 500 specifically, the year on year drop in profit drop was the most since third quarter of 2009.

“Global earnings are now 14% off the peak set in August 2014 and back to where they stood five years ago. Equity prices on the other hand are 25% higher. Gravity beckons!”

I couldn’t have said it better myself.

Look, this is not a game.

So far in 2016, three members of my own extended family have lost their jobs. Businesses are going under at a pace that we haven’t seen since 2008, and this means that more mass layoffs are on the way.

We can certainly be happy that U.S. stocks are doing okay for the moment. May it stay that way for as long as possible. But anyone that believes that this state of affairs can last indefinitely is just being delusional.

Gravity beckons, and the crash that is to come is going to be a great sight to behold.