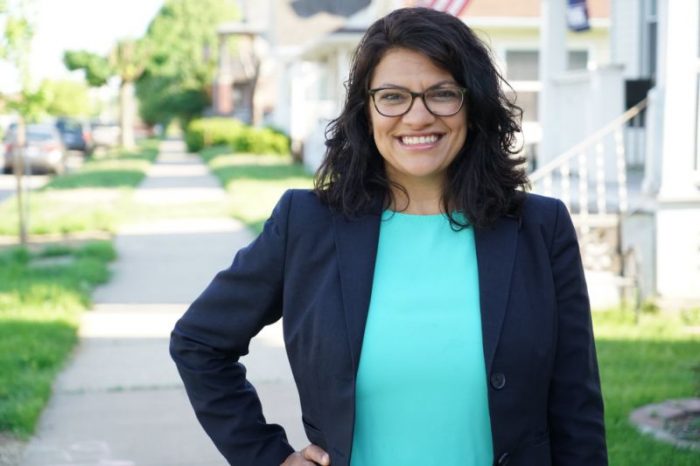 She beat out five other Democratic candidates seeking to fill the seat of Rep. John Conyers, who resigned in December amid allegations of sexual harassment. As the Democratic nominee in a district that has historically voted Democratic ― and with no Republican challengers ― Tlaib is all but guaranteed a seat in Congress in November’s general election.

Fist Muslim Congresswoman. What about the first US political campaign to celebrate a likely victory with dabke. (DJ had been playing hip hop before that). #RashidaTlaib pic.twitter.com/5EaRkVxJ1c

.@RashidaTlaib Dem becoming the first Muslim woman in Congress, who heckled Trump in 2016, reveals why Trump “inspired” her to run: pic.twitter.com/GBpeM5kOOO