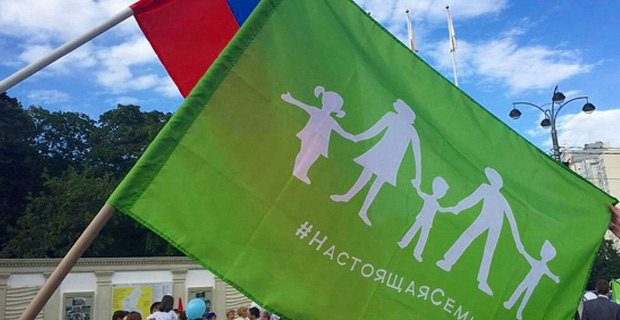 Vladimir Putin’s United Russia Party has unveiled a ‘straight flag’ in an effort to counteract the rainbow flag used worldwide as symbol of gay pride and LGBT rights.

It was unveiled on the annual Day of Family, Love and Fidelity.

The party says the flag is intended to honour the nuclear family and traditional Russian values.

The flag which has its own hashtag #realfamily in Russian features a father, a mother and three children. The Deputy leader of the Moscow branch of United Russia Aleksey Lisovenko told Izvestia newspaper:

“This is our answer to same sex marriages, this mockery of the very concept of family. We must prevent gay fever in our country and support traditional values.”