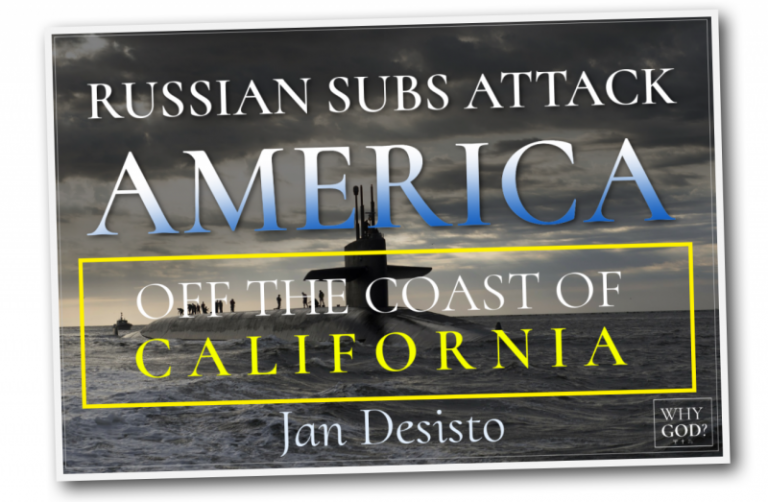 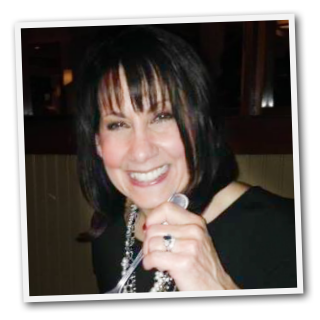 Is there a reason why so many Christians have been packing up their homes and moving from California? Could it be because God is speaking to His children about leaving an area which is about to be judged severely?

What Jan Desisto saw is alarming! Jan had this dream on February 6, 2015.  What she saw, is consistent with many other men and women who also have seen Russia attacking America with nuclear subs out of the sea. Read her frightening dream below:

I found myself walking around the inside of a two story white mansion. Somehow, I knew I was on the west coast. There was a celebration going on, however, I was an observer going unnoticed by the people inside the party. As I walked around the house, I kept saying to myself “everything here is white”, the walls were white, the elegant staircase was white, even the marble floor was white…….everything was white. I thought this was rather unusual, white, white, white, I had never seen anything like this before.

Eventually, I decided to walk outside to the gardens. As I walked out onto the beautiful lush green grass I noticed a body of water. I walked closer to the water’s edge as I was enjoying the view, all of a sudden I found myself looking into the interior of a submarine! I remember thinking how can I be looking inside a submarine?

I blinked my eyes and with a shocked expression, I locked eyes with a man in naval uniform. He was a Russian naval officer. I don’t even know how I knew he was Russian, but I did. He had a lofty attitude about him as well as a smug look on his face.

As he started to move his hand slowly, my eyes followed his movement. That is when I noticed he was standing next to a nuclear missile. He started to lovingly caress the weapon. The missile had “MH 70″ painted on the side of it in white. I screamed at him ” YOU ARE RUSSIAN” AND THAT IS A KOREAN MISSILE”. Inside my head, I quickly thought of the letters and I recalled they were from a downed commercial airplane supposedly taken down by the Russians. He smiled back at me and said ” YES, AND WHEN THE USA IS BUSY AND UNSUSPECTING WE WILL ATTACK YOU.”

I did not respond to him but immediately turned to run back towards the white house filled with party guests. But, as soon as I turned back, I looked up to see everyone from the white house running towards me screaming in a panic. They were running towards the water, so I turned back towards the water, and in the distance, I could see a huge suspension bridge buckle and come apart. This bridge was crashing as it came towards me. And I woke up.

I sat up in bed and my heart was racing. It was so real. I knew in my spirit that the bridge I saw was the golden gate bridge. I have never seen the west coast, but I was certain that this was true. I ran downstairs to turn on my laptop to find a picture of the golden gate bridge, and maybe google map a white mansion somewhere on the coast of San Francisco.

As I sat down, I asked the Lord to guide me to find the right information. I heard in my spirit the word “Washington”. I thought that was odd. Maybe there was a suspension bridge in the state of Washington? So I began to check there first. I could not find on on the coast. So I checked out the picture of the Golden Gate bridge and knew that is what I saw in my dream, coming straight for me. But why the word “Washington”? I also googled “MH70” that was written on the nuclear missile. I found out that MH70 was a Malaysian aircraft, not a Korean aircraft. Why in the dream did I say Korean? Are Russians and Koreans plotting to attack the US? I kept praying on it, but knew I would be told in due time.

I also googled any prophecy regarding Russian attacks with a submarine. I had never even had any interest in submarines and for me to dream this was not coming from me. I found a man named Henry Gruver, and he had visions about Russian attacks on the west coast using submarines and missiles. I was shocked to think I saw this too.

A few months later, my husband and I were watching tv and the commercial for “San Andreas” the movie trailer came on. When they played the part regarding the bridge collapse / tsunami, I SCREAMED to my husband, that was exactly what I saw in my dream. I was freaked out to say the least. This bridge collapse was in my dream was the exact way the movie trailer played it. I was in shock.

Still asking the Lord for more clarification on the dream, fast forward to the end of june and the passing of the same sex marriage act. The white house I saw WAS the “white house” and the celebration was for the passing of this unholy law. Hence the judgement of the either an earthquake / tsunami in the San Francisco area. Or the Russian submarine missile attack or both!

In Mid July when northern California had a 4 point earthquake and they started to chatter about the “big one” coming, once again, I asked the Lord for more clarification. The fault line they were talking about starts up the state of “Washington” and Oregon. Maybe this is why I heard the word “Washington” ? Time will tell……..

Also since this dream, numerous reported sightings of Russian Subs with nuclear capabilities on the west coast and now on the east coast makes this dream all too real. There is no doubt in my mind that God has marked this country for judgment.

Final words= Repent for the day of the Lord is near……..

Your sister in Christ, Jan D