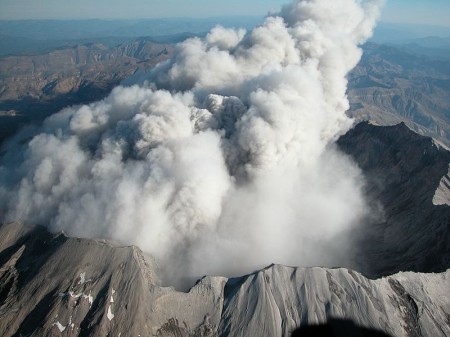 What could go wrong with setting off explosives all around an active volcano? As scary as it might sound, this is a carefully planned experiment to peer inside Mount St. Helens’ mysterious underground magma chamber. No, we aren’t blasting the volcano open, but the induced seismicity will let geologists finally map what the volcano looks like 50 miles below the surface.

For all of Mount St. Helens’ infamy, geologists know very little of what goes on underneath. The underground plumbing that feeds magma through the volcano, which isn’t the usual spherical chamber, has eluded scientists all these years. And so they’re turning to what Nature calls “one of the biggest-ever seismology deployments at an active volcano.” And this isn’t just any active volcano, remember, but the one responsible for the deadliest eruption in U.S. history.