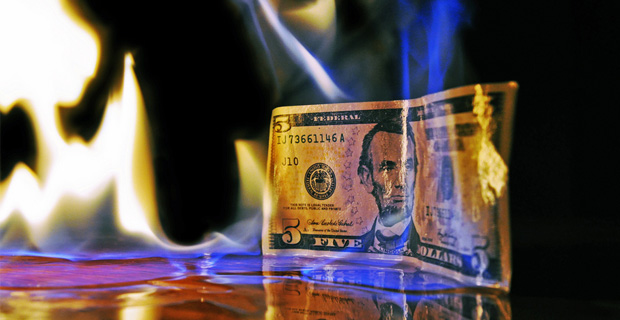 Economist Martin Armstrong claims there is a “secret meeting to end cash” set to take place in London before the end of the month involving representatives from the ECB and the Federal Reserve.

Armstrong, who is known for successfully predicting the 1987 Black Monday crash as well as the 1998 Russian financial collapse, expressed his shock that no news outlet has reported on this upcoming conference.

“I find it extremely perplexing that I have been the only one to report of the secret meeting in London. Kenneth Rogoff of Harvard University, and Willem Buiter, the Chief Economist at Citigroup, will address the central banks to advocate the elimination of all cash to bring to fruition the day when you cannot buy or sell anything without government approval,” writes Armstrong.

“When I googled the issue to see who else has picked it up, to my surprise, Armstrong Economics comes up first. Others are quoting me, and I even find it spreading as far as the Central Bank of Nigeria, but I have yet to find any reports on the meeting taking place in London, when my sources are direct.”

Armstrong first brought attention to the alleged meeting earlier this month when he revealed that representatives from the Federal Reserve, the ECB as well as participants from the Swiss and Danish central banks would all be attending a “major conference in London” at which Kenneth Rogoff of Harvard University, and Willem Buiter, the Chief Economist at Citigroup, would give presentations.

“We better keep one eye open at night for this birth of a cashless society that is coming in much faster than expected. Why the secret meeting? Something does not smell right here,” concludes Armstrong.