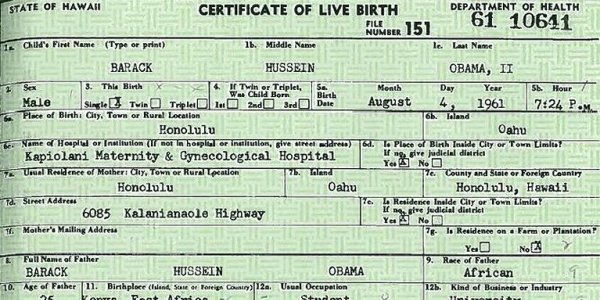 In a radio interview broadcast Sunday, Arizona Sheriff Joe Arpaio affirmed he is “pretty well convinced” President Obama’s birth certificate, as released by the White House in 2011, is a “fraudulent, fake document.”

“I’ve been in law enforcement 55 years,” stated Arpaio. “I think I know a fraudulent, fake document. I’m not a computer expert. I rely on my people. But I’m pretty well convinced it’s a fake document.”

The famous sheriff was being interviewed for “Aaron Klein Investigative Radio,” broadcast on New York’s AM 970 The Answer and Philadelphia’s NewsTalk 990 AM.