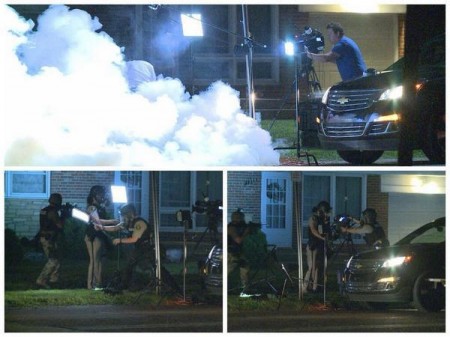 Shocking footage out of Ferguson, Missouri shows that police are deliberately targeting journalists as part of a military-style crackdown that has caused outrage, with even Newsweek acknowledging that U.S. law enforcement is now akin to an occupying army.

The clip shows Al-Jazeera journalists preparing to do a live camera shot of the scene in Ferguson before they are hit with a round of tear gas. The reporters run in the opposite direction. Subsequent footage shows militarized police officers seizing and dismantling their camera equipment as another officer points a sniper rifle at the fleeing reporters.