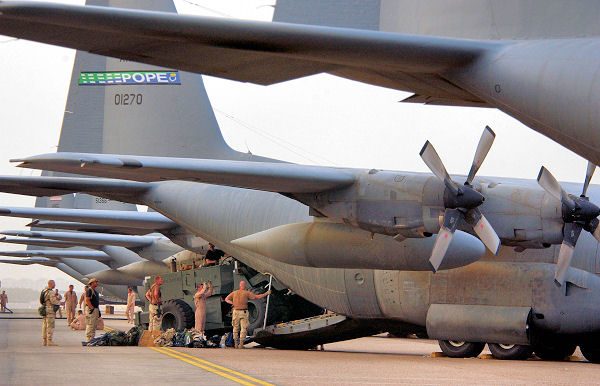 It looks like the war in Venezuela could begin as soon as next month, and it doesn’t appear that there will initially be much opposition to the conflict in the United States. There is widespread bipartisan support for “regime change” in Venezuela among both Democrats and Republicans, and the mainstream media is clearly willing to go along for the ride. Donald Trump is now surrounded by extremely hawkish advisers that are very eager to do something about Venezuelan President Nicolas Maduro, and if Trump decides to pull the trigger it is likely that the vast majority of his supporters will fully back the decision. And at this point most of the other major western nations are also calling for Maduro to go, but Maduro insists that he isn’t going anywhere. So a peaceful solution to this crisis appears to be out of the question, and that means that war is almost certainly coming.

This weekend was the first step. If western aid could be forced across the border, it would show that Maduro was losing control of the country. But if Maduro was able to block the aid that was coming across, that would make him look like a leader that doesn’t care about his people to those in the western world, and sympathetic media reports would help drum up support for war. Of course by now most of us have seen images of the violence that happened along the border over the weekend, and a lot of blood was needlessly shed. The following comes from Vox…

Starting Friday, violent clashes erupted at several points along Venezuela’s border with Colombia as armed government forces tried to block shipments of aid from entering the country. By the end of Saturday, at least four people had reportedly been killed along that line and along the Latin American country’s border with Brazil; hundreds more were injured. Maduro has insisted that the humanitarian supplies are unnecessary and spent the weekend continuing to celebrate his ongoing rule with his supporters — even as the United States and other international leaders amped up calls for him to step down.

CNN, MSNBC and Fox News are going to endlessly run footage of the violent clashes over the weekend, and this will build support for whatever action is ultimately taken.

So what will Trump ultimately decide to do?

Well, the Russians appear to believe that in this case the Obama model will be followed, and they are accusing the United States of making preparations to arm the opposition in Venezuela. According to Russian Foreign Ministry Spokesperson Maria Zakharova, the U.S. has already transported special forces personnel and military equipment “closer to Venezuelan territory”…

Zakharova alleged that the US had moved special forces and military equipment ‘closer to Venezuelan territory’ and was considering large-scale weapons purchases to arm the opposition.

Noting that it had been five years since the Ukrainian revolution that ousted a Russian-backed leader – which Moscow has accused the US of orchestrating – Zakharova said Washington was preparing for more regime change in Venezuela.

‘It seems that in Washington there is nothing to mark the fifth anniversary of the coup d’etat in Ukraine, so they decided to hold a new coup d’etat,’ she said.

She also told the press that the U.S. is planning to transfer “a large batch of weapons and ammunition” from an Eastern European nation to those that are ready to fight against Maduro’s government in Venezuela…

“We have evidence that US companies and their NATO allies are working on the issue of acquiring a large batch of weapons and ammunition in an Eastern European country for their subsequent transfer to Venezuelan opposition forces”, she said during the briefing.

If these allegations are true, the United States is about to turn Venezuela into a horrific war zone.

“The cargo is set to arrive in Venezuela in early March through a neighboring country on aircraft flown by an international shipping company,” she said.

Could it be possible that everything that the Russians are saying is untrue?

But when they publicly call us out on something like this, they usually have their ducks in a row. And if these allegations are true and the Russians were able to acquire this information somehow, this represents a stunning security failure for the U.S. military.

Of course a civil war is quite unlikely to be successful in overthrowing Maduro, and it is still possible that President Trump may opt for direct action by the U.S. military.

In fact, it appears that Venezuela’s self-declared “acting president” Juan Guaido could be on the verge of formally asking the U.S. military for help in “the liberation of our homeland”…

The threat comes just Guaido announced he would attend a summit of the Lima Group – a meeting of 12 American states which have recognized him as “legitimate” leader of Venezuela.

Crucially, Guaido is to meet with US Vice President Mike Pence at the summit where he will “propose formally to the international community that we should keep open all options for the liberation of our homeland, which is fighting and will continue to fight,” according to a tweeted statement Saturday evening.

If Guaido does officially request U.S. military intervention, it will only be because the U.S. has already assured him that he will get it.

In recent days, President Trump has repeatedly stated that all options are “open” when it comes to Venezuela, and U.S. Secretary of State Mike Pompeo stressed the same thing during an interview with Fox News on Sunday…

It appears this weekend’s provocations and border showdown over US aid entering Venezuela were just the beginning. US State Secretary Mike Pompeo discussed the prospect of military action against Caracas on Fox News Sunday, saying the Maduro regime’s days are “numbered” and that “every option” is on the table toward making that happen.

Pompeo said the US is “going to do the things that need to be done” and this will not stop until “makes sure” that “there is a brighter future for the people of Venezuela,” which includes continued support for self-proclaimed interim president, Juan Guaido.

Needless to say, whenever there is an overwhelming consensus on something in Washington, it is usually a really, really bad idea.

My regular readers already know that I believe that the U.S. should not be “the police of the world”, and that if we are going to ask young American men and women to die it should be for a very, very good reason.

But the winds of war are now blowing all over the globe, and this is something that I detailed in my recent article entitled “‘Wars And Rumors Of Wars’: The U.S., Venezuela, Cuba, Russia, India And Pakistan All Move Closer To Military Conflict”.

Steve Quayle has noticed all of the war talk as well, and in his most recent alert he called these “very dangerous times”…

MANY DIFFERENT AREA’S IN THE WORLD SEEM TO HAVE BEEN KICKED INTO WAR MODE, AT THE FLIP OF THE GLOBALIST SWITCH-KEEP YOUR EYES ON THE ESCALATION BETWEEN PAKISTAN AND INDIA, AS WELL AS RUSSIA VERSUS THE UKRAINE. BACKROOM TALK OF CUBA BEING PUT ON WAR FOOTING ALSO. PRESIDENT PUTINS ANGER, IS OFF THE CHARTS AND THE WEST IS ABOUT TO INITIATE A SERIE OF EVENTS THAT WILL ESCALATE RAPIDLY-USE TOMORROW TO TOP OFF PREPS JUST IN CASE! RUN THROUGH YOUR LISTS TONIGHT -GOOD TIME TO RUN THROUGH YOUR CHECKLIST-AND CHRISTIANS PRAY AND INTERCEDE WITH YOUR WHOLE HEART-VERY DANGEROUS TIMES

I have written this article with a very heavy heart. I have a really bad feeling about what is going to happen, and I wish that I could do something to stop it.

Peace is being taken from the Earth, and what is coming next is going to shock all of us.