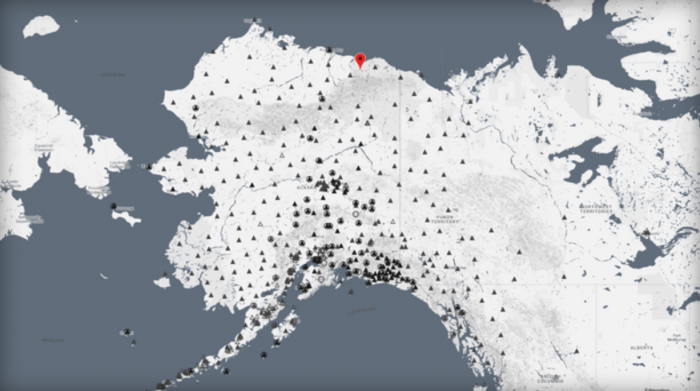 (CBS News) Alaska’s North Slope was hit Sunday by the most powerful earthquake ever recorded in the region, the state’s seismologist said. At 6:58 a.m. Sunday, the magnitude 6.4 earthquake struck an area 42 miles east of Kavik River Camp and 343 miles northeast of Fairbanks, the state’s second-biggest city. The agency says the earthquake had a depth of about 6 miles.

State seismologist Mike West told the Anchorage Daily News that the quake was the biggest recorded in the North Slope by a substantial amount. “This is a very significant event that will take us some time to understand,” he told the Daily News.

A 6.4 Shallow #Earthquake hits #Kaktovik #Alaska with a follow up of 30 earthquakes!!https://t.co/cEy7jUBW4B