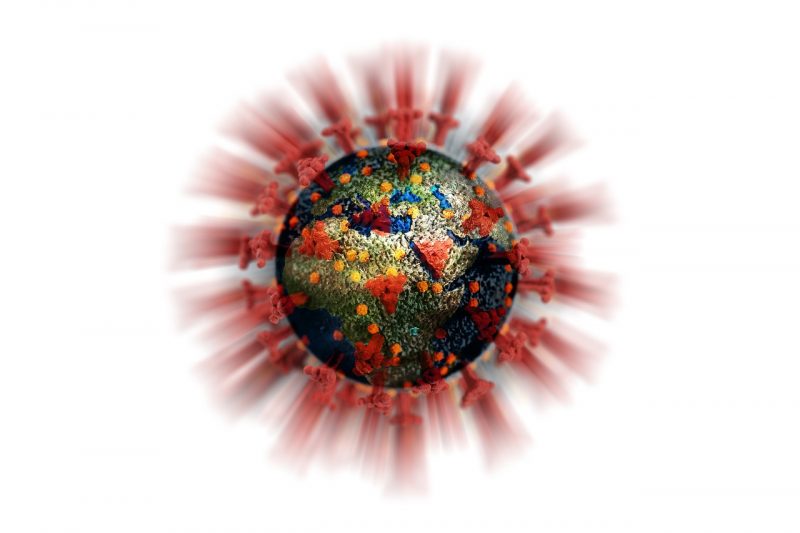 Most people simply do not understand that we really are moving into a long-term economic emergency.  So much of the economic optimism that fueled rallies in the financial markets throughout 2022 was based on a belief that the COVID pandemic would soon be brought to an end.  Well, that obviously has not happened.  After everything that has been done, the COVID pandemic in the United States is now worse than ever.  In fact, on Wednesday there were 465,470 newly confirmed cases in the United States alone.  That shattered the old daily record by more than 100,000.  The Omicron variant is spreading like wildfire, and this is going to cause mass panic during the early stages of 2022.

But thanks to the reckless policies of the Biden administration and the Federal Reserve, Americans have lots and lots of money in their pockets.  All of those dollars are going to be chasing declining levels of goods and services, and that is going to result in hair-curling inflation.

Of course what we have already experienced has been painful enough.  Earlier today, the top moderator of one of the most popular discussion forums on the Internet posted this…

That’s got to be double what I used to pay.

Meat prices are getting really crazy, but they are only going to go even higher.

The same thing can be said for all other food prices too.  Even before Omicron came along, major companies all over the country were preparing major price hikes for 2022.

For example, the maker of Oreos and Ritz crackers has announced that all of their prices will be going up 6 to 7 percent next year…

Mondelez International, which makes snacks including Oreo cookies and Ritz crackers, will increase prices by 6% to 7% in January, the company said last month.

Other food producers will be implementing much larger price increases.  When the Wall Street Journal reported that Kraft Heinz would be lifting prices by as much as 20 percent in 2022, that definitely alarmed a lot of people…

According to the Wall Street Journal, Kraft Heinz’s price increases were among the most dramatic heading into 2022, with some items going up as much as 20%; the price of the company’s Grey Poupon mustard, for example, will increase between 6% to 13%.

A “major regional wholesale supplier” leaked to CNN a letter that General Mills sent retailers to inform them that the price of some products could increase by as much as 20% starting in mid-January. This would be on the extreme end, but that high rate is certainly concerning.

So get ready to pay a whole lot more for cereal.

Sadly, this is just the beginning, and even Goldman Sachs is now admitting that “the inflation overshoot will likely get worse”…

In a recent analyst note to clients, Goldman Sachs economists warned that pandemic-induced disruptions in the global supply chain – which have caused congestion in ports and warehouses nationwide – could last longer than expected as surging demand struggles to keep up, meaning that inflation metrics will remain “quite high for much of next year.”

“It is now clear that this process will take longer than initially expected, and the inflation overshoot will likely get worse before it gets better,” they wrote.

The optimists at Goldman Sachs believe that things will eventually improve, but that is because they still have faith that the gurus at the Federal Reserve can magically make everything better somehow.

But the Fed only has two “solutions” to any crisis.

They can cut interest rates, but they have already been pushed all the way to the floor.

They can also pump more money into the system, and they have been doing this for years.  But now all of that money pumping has created a raging inflation nightmare, and they don’t know how to put the fire out.

They could try to get inflation under control by raising rates, but that would severely hurt the economy at a time when we are plunging into a fresh crisis because of Omicron.

So now the Fed finds itself in a very tough spot, and Nouriel Roubini is warning that this could lead to big trouble in 2022…

As long as central banks were in unconventional policy mode, the party could keep going. But the asset and credit bubbles may deflate in 2022 when policy normalization starts. Moreover, inflation, slower growth, and geopolitical and systemic risks could create the conditions for a market correction in 2022. Come what may, investors are likely to remain on the edge of their seats for most of the year.

There will be no easy way out for the Federal Reserve this time.

When push comes to shove, Fed officials will always resort to printing more money, and that is going to set the stage for the sort of economic scenarios that I have described in my books.

It looked like 2022 was going to be really bad even before Omicron came along, and now the outlook for next year is downright horrifying.

Fear is poison for any economic system, and the level of fear in this country just continues to rise with each passing day.