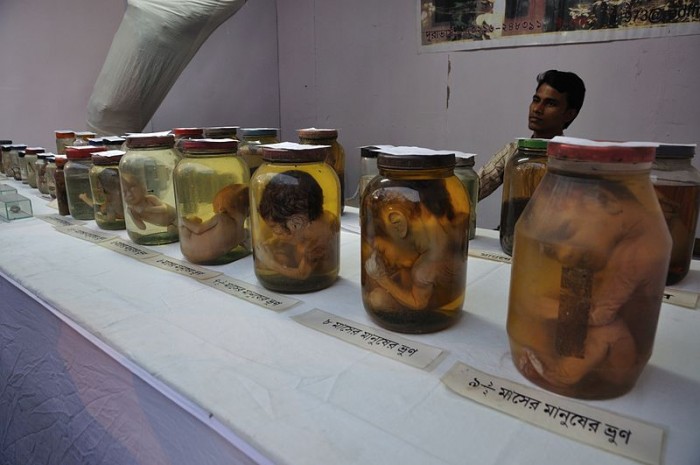 In H. G. Wells’s The Island of Doctor Moreau, the shipwrecked hero Edward Pendrick is walking through a forest glade when he chances upon a group of two men and a woman squatting around a fallen tree. They are naked apart from a few rags tied around their waist, with “fat, heavy, chinless faces, retreating foreheads, and a scant bristly hair upon their foreheads.” Pendrick notes that “I never saw such bestial looking creatures.”

As Pendrick approaches, they attempt to talk to him, but their speech is “thick and slopping” and their heads sway as they speak, “reciting some complicated gibberish”. Despite their clothes and their appearance, he perceives the “irresistible suggestion of a hog, a swinish taint” in their manner. They are, he concludes, “grotesque travesties of men”.