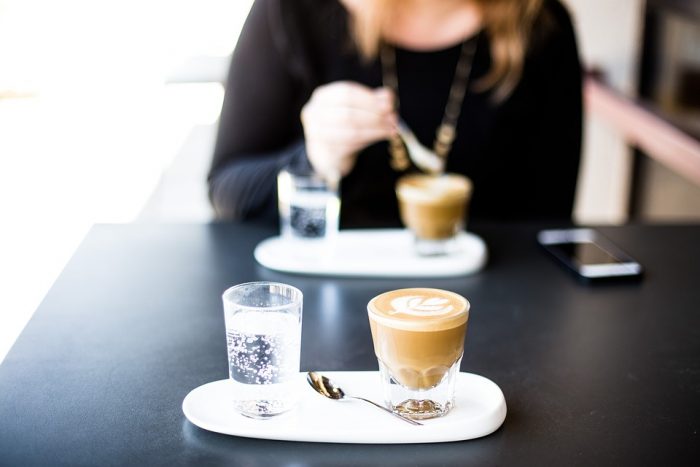 Have we lost sight of who we are supposed to be?  In December 2014, Kimberli Lira’s husband was diagnosed with cancer.  Melchor fought against the cancer as hard as he could for more than two years, but on February 14th, 2017 he passed away.  Now Kimberli is struggling to adjust to her new life as a widow with two very young children.  On her blog entitled “A Young Widow’s Story” she shares her battles with grief and pain with the world, and one of her recent posts really struck a chord with me.  Way too often today churches seem to be much more concerned about keeping up with the latest trends than with bringing in the presence of Jesus.  The following is an excerpt from “Why the church doesn’t need anymore coffee bars“…

My husband passed away February 14th, 2017 after a two year battle with cancer.

To say he battled cancer is an understatement. He was hospitalized two weeks out of every month during the first year. He was hospitalized a total of 18 times. He was rushed to the emergency room 8 times. He spent hundreds of days separated from his two children. And eventually the chemo, designed to get rid of the cancer, caused him to be paralyzed. And for the last four months of his life he was paralyzed and confined to a bed.

My husband endured cycle after cycle of chemo. He was separated from his children many nights. He was hooked up to chemo for 24 hours at a time. He listened to the doctors tell him bad news after bad news. He was left paralyzed and unable to get out of bed. And he never said how much he appreciated the coffee bar at the church. Never once did he say he loved the lighting in the sanctuary. He never told me how cool it was that they put a couch on the platform. He didn’t boast of the graphics and props on the platform. He talked about Jesus. He quoted scriptures. He reminded me of sermons we had heard. And in the middle of the night he sang songs of praise and worship to God and he spent his time praying. Because nothing a church does to strategize to bring in members helps you in the time of the storm. It is only Jesus.

Is there room for Jesus in your church?

In many large churches in America today, things are so tightly scheduled and choreographed that people couldn’t be spontaneous even if they wanted to be.  For those ministries that have multiple services on Sundays, the goal is to get people in, put on a good show, and then get them out the door before the next batch arrives.

In so many churches, if the pastor dares to go a few minutes long people start getting really antsy.  And once the service is over, most people bolt for the doors so that they can get to whatever it is that they would rather be doing on that particular day.

Once upon a time in America, going to church was not about watching a show.  We actually used to have something called “worship services” where people truly worshiped the Living God.  And when the conviction of the Holy Spirit fell, people would actually run up the altar to pray and confess their sins.

But nobody really does that today.

After all, what would people think?

And in most churches you never hear topics like “abortion” and “sexual immorality” discussed because we don’t want anyone to feel uncomfortable.  So most “preachers” stick to smooth and appealing messages about “increase” and “breakthrough” and “double portion blessings” because those kinds of messages keep people coming back week after week.  And of course numbers are the most important thing to many of these “preachers” because bigger numbers mean bigger offerings.

There is certainly nothing wrong with trying to do things with excellence, but sometimes we get so caught up in decor and graphics and coffee that we forget all about Jesus.  Here is more from Kimberli’s excellent post…

When church leaders sit around and discuss how they can reach people, I don’t think they have the widow in mind. I don’t think they have the cancer patient in mind. I don’t think they have the children who are growing up without a parent in mind. I am not paying attention to the church décor when I walk through the doors. I don’t want to smell fresh brewed coffee in the lobby. I don’t want to see a trendy pastor on the platform. I don’t care about the graphics or the props on the platform. I am hurting in a way that is almost indescribable. My days  are spent working full time. My nights are spent homeschooling and taking care of two young children. I don’t have shared duties with a spouse anymore everything is on my plate. And when I go to church I desperately want to hear the Word of God.

If you would like to read the entire thing, you can find it here.

If your church is far more concerned about coffee than it is about the American Holocaust, you are in the wrong place.

Since Roe v. Wade was decided in 1973, close to 60 million babies have been ruthlessly slaughtered in America’s abortion mills, and the wicked politicians in Washington D.C. have just agreed to a spending deal that will continue to fully fund Planned Parenthood through the rest of this fiscal year.

How many dead babies is it going to take before these sleeping churches finally stand up and say something?

If everyone that claimed to be Christian had stood united for life, abortion never would have been legalized in this country and the blood of nearly 60 million dead children would not be crying out from the ground against us.

Those that are suggesting that America will be “blessed” even though we continue to kill babies on an industrial scale are lying to you.

The true prophets are warning that judgment is coming to America, and abortion is one of the primary reasons why judgment is rapidly approaching.  The following is a portion of a prophecy that was recently given to Rachel Baxter…

America, land of the free? No, that season has come to pass. You have taken My gift of freedom and spit in disgust. You have ravaged My children and caused death of mind, body, and soul. You have done this, oh children of Satan. You lost sight of who I created you to be, the true purpose of this nation. You turned away from Me and have chosen a life of sin. (Galatians 5:19-21) What once was will be no more. The last great nation to come to be shall be the first of the great nations to fall at the time of the end. You will be ravaged by your enemies, just as you have killed your own babies day after day. Then, there will be blood in the streets as there has never been before in this nation. Mothers and fathers will cry out for the dead. Children will weep parentless. You will feel the tears that I have wept for generations now in this nation, but you will find no comfort.

But for the moment, most churches in America continue to put on a good show as if nothing was wrong.

And as long as there are plenty of smiling faces, warm coffee and good music, most of those attending these sleeping churches are quite content with the status quo.

Unfortunately for all of them, the status quo will not last for much longer, because a great shaking is coming to the Church.