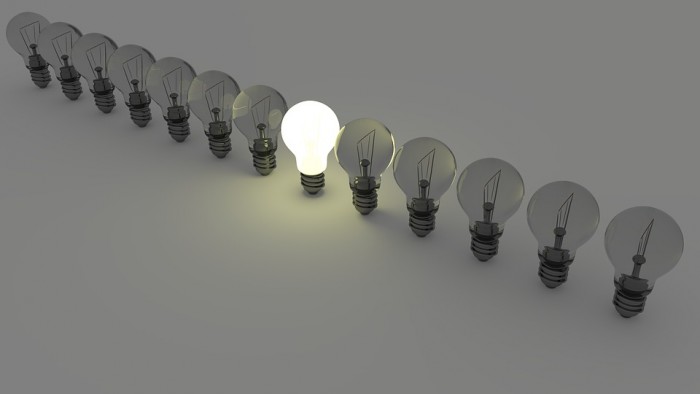 What would happen if some sort of major national emergency caused a massive transportation disruption that stopped trucks from running? The next time you talk to a trucker, please thank them for their service, because without their hard work none of our lives would be possible. In America today, very few of us live a truly independent lifestyle, and that means that we rely on the system to provide what we need. Most of us take for granted that there will always be plenty of goods at Wal-Mart and at the grocery store whenever we need more “stuff”, and most of us never give a second thought to how all of that “stuff” gets there. Well, the truth is that most of it is brought in by trucks, and if the trucks stopped running for some reason the entire country would devolve into chaos very rapidly.

Earlier today, I came across a quote from Alice Friedemann that detailed what we would be facing during a major national transportation disruption very nicely…

Within a week, in roughly this order, grocery stores would be out of dairy and other items that are delivered many times a day. And by the week, the shelves would be empty.

Hospitals, pharmacies, factories, and many other businesses also get several deliveries a day, and they’d be running out of stuff the first day.

And the second day, there’s be panic and hoarding. And restaurants, pharmacies would close. ATM’s would be out of money. Construction would stop. There’d be increasing layoffs. Increasing enormous amounts of trash not getting picked up, 685,000 tons a day. Service stations would be closed. Very few people would be working. And the livestock would start to be hungry from lack of feed deliveries.

There is so much infrastructure that we take for granted that would suddenly become very vulnerable in this type of scenario. There are countless numbers of workers out there that never get any glory that do the hard work of maintaining our nuclear power plants, our natural gas pipelines, our electrical grid, etc. If they suddenly were not able to do their jobs, the consequences would be absolutely catastrophic. The following comes from Tess Pennington…

They rarely mention the dozens of nuclear power plants that litter the United States. If no one is there to operate them, how long before they melt down and bury millions of survivors under a radioactive cloud?

Then there are the 12,000 facilities around the country that store large quantities of toxic or flammable chemicals, and reside close to residential areas. 2,500 of these sites contain chemicals in quantities that, if a catastrophic accident were to occur, could affect 10,000 to 1 million people each. And let’s not forget the 2.5 million miles of oil and gas pipelines that can be found in every state. They suffer hundreds of leaks and ruptures every year, and are much more likely to explode when they aren’t maintained. That detail seems to be conveniently forgotten by post-apocalyptic films.

And finally, most post-apocalyptic movies will forget to mention what happens when there aren’t any functional fire departments. Aside from the obvious consequences, like whole neighborhoods routinely burning to the ground, who’s going to put out landfill fires that are occasionally radioactive?

For most Americans, a major national emergency of this magnitude may seem unimaginable right now. But the truth is that it isn’t difficult to see how this kind of scenario could happen. The Yellowstone supervolcano is becoming increasingly active, a single large asteroid could change all of our lives in a single moment, a crippling pandemic could bring normal life in America to a complete standstill, a terror attack involving weapons of mass destruction would spread panic and fear like wildfire, and a historic earthquake along the New Madrid fault, the Cascadia Subduction zone or any of the major faults in California could literally change the geography of our entire continent.

In addition, a massive EMP burst from a nuclear weapon or from the sun could fry our power grid and send us back into the stone age in a single moment. This is something that I have written about extensively, and those that want to minimize this threat simply don’t know what they are talking about.

And an electromagnetic pulse is not even required to cause very serious problems with our electrical grid. For instance, just consider what happened in Ukraine toward the end of last year…

On December 23rd, 2015, the Prykarpattyaoblenergo power distribution station in Ukraine was hit by a carefully coordinated cyber-attack that was months in the making. The technicians lost control of their cursors as they watched hackers open breakers and take circuit after circuit offline, plunging 230,000 residents into darkness.

The hackers took backup power of the stations offline, plunging the electrical workers into darkness too, and worse yet, they even rewrote the low-level firmware that controls the electrical transformers. The attack had come after months of careful infiltration and planning by a dedicated team of elite cyber-warfare specialists and the result was devastating.

Even months later, technicians struggled to regain full capacity in the electrical grid due to the overwriting of firmware. With Ukrainian moves to nationalize power companies, it is possible that the powerful and Putin-connected Russian oligarchs who own large parts of Ukraine’s infrastructure were sending a message: we can shut down the system anytime we want.

The truth is that we are far more vulnerable than most of us would like to admit.

So what would you do if “normal life” suddenly came to an end and you no longer had access to food, water or power?

How would you and your family respond?

Hopefully you would continue to act in a civilized manner, but history has shown that many people would not.

Desperate people do desperate things, and it would only take a matter of days for some people to become violent…

Before long, getting mugged or being a victim of some type of crime is as unpredictable and as common as a car accident. You’ll realize everyone in the neighborhood has now beefed up security on their homes. All your family, friends, and coworkers have experienced a mugging, carjacking, or worse.

You’ll have no choice but to accept this new way of life and count on basic safety measures (a form of passive denial) or further learn to defend yourself and remain in a constant state of alert (a very stressful state over time). It’s difficult emotionally, mentally, and physically to remain on high alert 24/7 for any length of time. Most people will revert to a form of passive denial until the next incident happens to them or a family member.

And even though things may seem relatively stable for the moment, concern about what is coming is one of the factors that has led an increasing number of Americans to arm themselves. According to a brand new study from the Pew Research Center, 44 percent of all American homes now have a gun. Just two years ago, a different study found that number was sitting at just 31 percent.

The way that we are living our lives right now will not last indefinitely.

At some point a major national emergency will strike, and when that day arrives we could suddenly be facing major power grid and transportation disruptions.

Are you prepared for that?

If not, you might want to do so while you still have time.