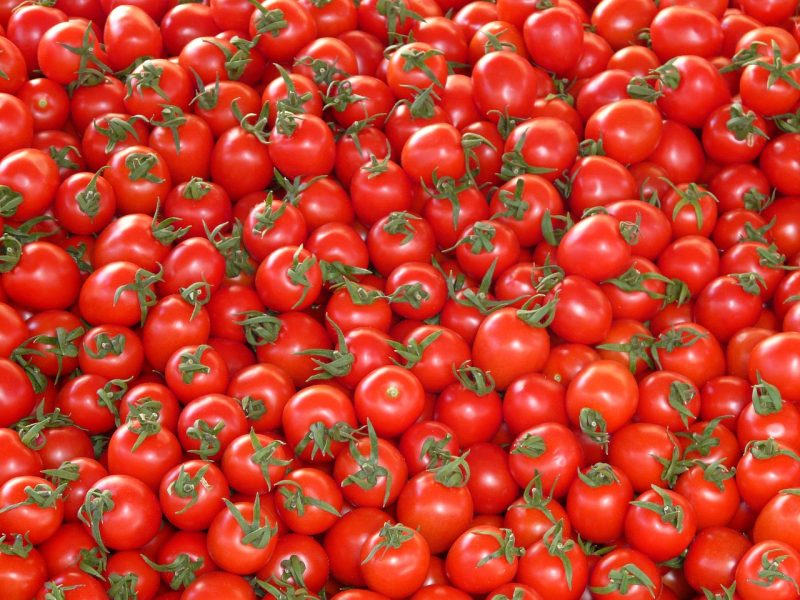 You may not care too much about what is going on in California right now, but you should.  The worst drought in 1,200 years is absolutely devastating the production of fruits and vegetables in the state, and that is really bad news for all of us.  In particular, we are being warned that tomato production is likely to be way below expectations this year.  But if California doesn’t grow enough tomatoes, there won’t be enough spaghetti sauce, pizza sauce or tomato paste to go around in 2023.  And there will be a whole lot of really cranky people out there if that were to happen.

I really wish that more people would take this crisis seriously.

If farmers do not grow our food, we do not eat.

We need them to be successful, and right now they are repeatedly telling us that we are facing a scenario that we have never faced before.

In California, the big issue is a lack of moisture.  It takes a lot of water to grow tomatoes, and the head of the California Tomato Growers Association is openly admitting that “we desperately need rain”…

California leads the world in production of processing tomatoes — the variety that gets canned and used in commercial kitchens to make some of the most popular foods. The problem is the worst drought in 1,200 years is forcing farmers to grapple with a water crisis that’s undermining the crop, threatening to further push up prices from salsa to spaghetti sauce.

“We desperately need rain,” Mike Montna, head of the California Tomato Growers Association, said in an interview. “We are getting to a point where we don’t have inventory left to keep fulfilling the market demand.”

Did you catch what he was saying in that last sentence?

When there isn’t enough inventory to meet demand, that is when shortages happen.

Did you ever imagine that a day would come when we would see a tomato shortage in America?

Even now, prices have risen to absolutely absurd heights.  According to one industry insider, tomato paste prices “are up as much as 80% from a year ago”…

“There are simply not enough acres of processing tomatoes being planted this year to ensure that everybody gets their full supply,” said R. Greg Pruett, sales and energy manager for Ingomar Packing Co., one of the world’s biggest tomato processors. “The water is either too expensive or just not available at any cost.”

Such pressures are being reflected in Ingomar’s processed products. Tomato paste prices for clients of the company, which sells to some of the largest US food brands, are up as much as 80% from a year ago. With inventories dropping to critically low levels, though, supply isn’t available for everyone.

I can’t get over that figure.

And as California gets drier and drier, things are only going to get worse.

Sadly, a lot of people out there simply do not understand the importance of California’s agriculture industry.  Without California, we would be in a world of hurt…

With warm climate and rich soil, California is a highly diverse agricultural state. California produces over a third of the US vegetables and two-thirds of the country’s fruits and nuts.

What would we do if a third of our vegetables and two-thirds of our fruits and nuts were gone?

The truth is that we need California to do well.

And right now that is just not happening.

Meanwhile, in other southwestern states the biggest story at the moment is what the drought is doing to the cattle industry.

Last month, I wrote an entire article about how ranchers in Texas are being forced to sell off cattle in unprecedented numbers due to the endless drought.

During past droughts, ranchers would often send their cattle to areas that had more rain, but this time around that isn’t practical because the drought is covering nearly the entire western half of the nation…

Sky-high input prices coupled with ongoing drought conditions in much of the country are exacerbating the sell-offs.

National Cattleman’s Beef Association CEO Colin Woodall says this year’s drought is more widespread than the regional droughts seen in years past, when producers could send their cattle to other parts of the country to graze until it started raining again.

With each passing week, more ranchers are giving up and selling off their herds while they still have something to sell.

Cattle producer John Crawford said many of them are just dumping all of what they have.

“I’ve talked to them, and they’ve said, hey, I don’t think I’m coming back in,” said Crawford. “I’m old enough now, and I’m just through, almost sell everything and stop.”

Because so many cattle are being sold off right now, that will help to stabilize short-term beef prices.

But in the long run, beef prices are going to go far higher than they are right now.

Every time another herd is sold off and slaughtered, the size of the national cattle population gets even smaller.

It has been shrinking for some time, but this crisis is rapidly accelerating the process.

A few months ago, I did an article about how the media is now calling beef a “luxury meat”.

I thought that was quite absurd at the time, but the reality of the matter is that this is precisely where things are heading.

It won’t be too long before much of the population simply cannot afford to eat beef on a regular basis.

That is a great tragedy, but there is no denying what is coming.

Our country and our entire world are both changing at a pace that is absolutely breathtaking, and we are moving into a future that is going to be exceedingly challenging.

Sticking our heads in the sand and ignoring reality isn’t going to help anything, and those that are waiting for everything to “return to normal” are going to be bitterly disappointed.