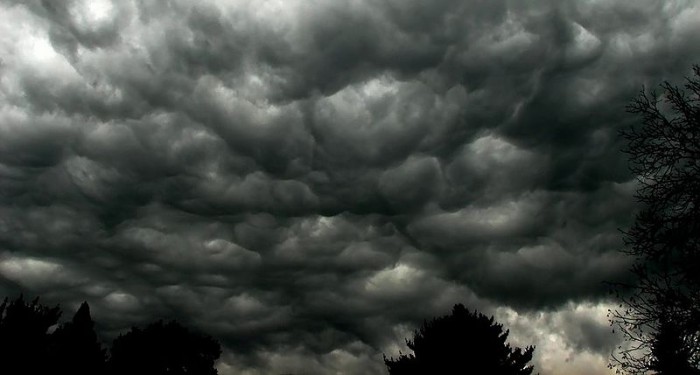 (Guest article by David Haggith of the Great Recession Blog) D-day, December 16, 2015. It’s now the dawn of that day when either the Fed Does or the Fed Doesn’t. It doesn’t matter. Either way, the economic apocalypse begins. Let me share something counter-intuitive. Whether the Fed raises interest rates or not, this Wednesday is D-day for the Fed’s economic recovery because the Fed is Damned if it does and Damned if it doesn’t. I’ll certainly show you why, but the counterintuitive part is that you can expect the market to crash upward as it leaves Wonderland and returns to reality.

What if the Fed doesn’t?

While I am certain, like many, that the Fed will raise rates, the US stock market may crash faster if the Fed does not. That’s one thing that is counter-intuitive to some. I believe it would drop the very next day out of shear bewilderment as people try to fathom what the Fed’s failure to raise rates means. Throughout 2015, the Fed has been building up expectations for its first raise in interest rates in nine years. In a world where every word of the Fed is dusted off with a soft-hair brush like an artifact in the sand, the Fed’s broad hints of an interest-rate rise are about as abrupt as the Fed gets.

Thus, the market actually went up in December when the jobs report was good, when it has been doing the opposite for years. Good news was perceived, finally, as good news, just as happened briefly in September when the market readied for a interest-rate increase. The market went up because a good report means the Fed is likely to do the rate increase and get it behind us so that everyone can stop fretting about it. There is a strong growing feeling at this point of “Let’s get it over with so we can stop worrying about it.”

If the Fed doesn’t do it on Wednesday, then it doesn’t happen in 2015. If the Fed fails for the last possible time this year to raise rates after setting up expectations all year long and heightening those expectations in the last couple of weeks, people will be exasperated that this word play never ends. Everyone who still believes in the Fed will wonder what went so wrong that the Fed still could not raise rates.

Questions will abound: Does the Fed not believe in its own recovery? Will we suffer the uncertainty of “will they/won’t they” like a repeating, nauseating dream forever? Does the Fed have no end game? Have they really painted themselves into a corner? Are the permabears right that we’re living in an illusion?

If the Fed cannot do it right now when investors are most expecting it and unemployment is where the Fed says it wants things, then whenever can it? The Fed will lose all credibility, and in the fiat money game, credibility is the core value of money.

What if the Fed does?

Maybe I am a contrarian to contrarians because while I have taken the contrarian view that the recovery is an illusion, most contrarians appear to believe the stock market will crash as soon as the Fed raises rates. I take a counterintuitive view as being most likely. The market will most likely soar, even though raising rates definitely will cause its demise. How is that possible?

Fear of the Fed’s first rate increase is already priced in as the expectation for Wednesday’s Fed meeting. If the Fed raises rates, I would expect a momentary pause — a gasp of uncertainty — as investors quickly look around to see if the sky falls. Then when it doesn’t fall, they will breath a huge sigh of relief and take that as proof that the contrarian or bears were wrong. In sudden euphoric lightness of being they’ll proclaim, “We’re all right! We made it! We survived the day we have been told fear, and the sky didn’t fall.” Worry will give way easily to euphoria, which wants to happen. The feeling of nothing can stop us now will take the day. The Fed’s plan worked; things didn’t fall apart as the prophets of doom and gloom said. We are well on our way!

But what do you know about euphoria and human beings? In my experience, euphoria is more often divorced from reality than based upon it. It skews perception of reality, and usually comes in a manic-depressive wave. First you are washed over by the crest of euphoria and then you are sucked down into the trough of despair. Euphoria, in other words, never has staying power, and when you come out of it, you typically sink into depression if for no other reason than that it went away.

So, here is the thing: Whatever the Fed does do or doesn’t do, doesn’t change the reality that we are already surrounded by a global recession. Global GDP has been dropping every quarter of the year in 2015.

Here is reality: You are riding along in a vibrantly striped, hot-air balloon. That balloon is the stock market, and the hot air that has been keeping it aloft all year is generated by the Fed’s stimulus — the fire fueled by free money. All year the balloon your riding in has bounced along below the clouds. You’ve wanted to get above them. You get a little fire under the balloon, and it lofts upward briefly to just touch the clouds … only to fall again.

At the very end of this futile run, the fuel runs out. You’re afraid you are going to crash, but your hot-air balloon hits a thermocline just as the fire goes out and soars aloft like you’ve never felt before. You feel euphoric. But does that save you? There is no more hot air inflating the balloon; so your balloon is deflating, and the climate all around you has turned quite turbulent. Your momentary euphoria only makes your dread deeper when reality kicks in as the thermocline goes away.

If the last of the Fed’s free fuel goes away on December 16, what’s going to float your balloon?

And all of that is why it ends here. The global cooling of the economy is sucking the heat out of stock markets all over the world. So, without that constant supply of free fuel, there is nothing left to lift your balloon. So, how long will it take for fear to set in as you start to realize, “Oh, we have to make it through all this on our own now? We’re flying without a safety net.”

The economy doesn’t crash because the Fed ends its free interest. The economy is already sinking. What crashes is the illusion of recovery. December 16, 2015, is D-day because it’s the day when reality starts to sink in. It’s the day when we either all see together that the Fed is incapable of taking us off artificial life support and realize that means we’re dead without it or when the Fed does take us off artificial life support, even though our vital signs are already receding as indicated in the list above.

Simply put, the end of the charade is here whether the Fed decisively starts raising rates or states that once more it is not going to raise them.

Why does the pseudo-recovery have to end at this inflection point?

As soon as the stock market dropped in August, even though I had predicted it would fall in the final quarter of the year or maybe earlier, I said to expect a good bounce, and bounce it did … real high. I said to expect it to fall right back down, and fall it did, right back down to where the S&P 500 is now down 2% from its starting point this year I explained that’s how these things go: The bull doesn’t give up trying, but the forces pulling it down are great enough to prevail. So, don’t pay too much attention to its death spasms. Dead people still kick … for a short time.

I can’t predict how the market will react if the Fed raises rates, because that initial response is just a matter of feelings. However, the basis for predicting the market’s ultimate demise due to the rate increase is simple. If the market is doing this poorly for an entire year with an endless supply of free money for banks to loan out at almost no interest, how is it possibly going to rise when its only remaining source of fuel is turned off?

It may bounce in euphoria over the simple relief that it didn’t immediately crash when the fuel tap was shut off, but that death spasm can’t last long with nothing left to lift prices up. The first interest-rate increase in nearly a decade cannot possibly help a slowing economy. And, if the Fed does the opposite and keep rates at zero, the inability to raise interest after telegraphing intentions to do so for an entire year should pretty well convince investors that the Fed has no end game. Market reaction is likely to be much harsher toward another postponement by the Fed than it was on the day after September’s aborted interest increase.

Here’s the bottom line: When the low interest ends, the companies that have been borrowing money to buy back stocks do less of that. The investment banks that could borrow money for free to purchase stocks … can’t do that any more either. The purchase of stocks overall slows in a market that has only kept level through the year by ten companies, one of which is receding at the moment.

The last source of new money into the market ends. Money may move from bonds into stocks for awhile longer perhaps, especially if we enter that period of short-lived euphoria, but that only means the high-yield bond market crashes quicker, taking down the economy with it and ultimately hurting the stock market, too.

The Fed has to raise rates; but, if it does so, it will be very reluctant to get back into this game again and have to go through another period of trying to get out of it again. So, it ends the last flame that floated this balloon market.

What I am betting is not that the market immediately plunges, though it easily could (euphoria in relief is never guaranteed), but that you will very soon be able to look back and see that this day, Wednesday, December 16, was the turning point — the day when the Fed’s illusion of recovery ended because the hot air was turned off. This is the day when we move back into the Great Recession — the start of the second dip that I call “the Epocalypse.”