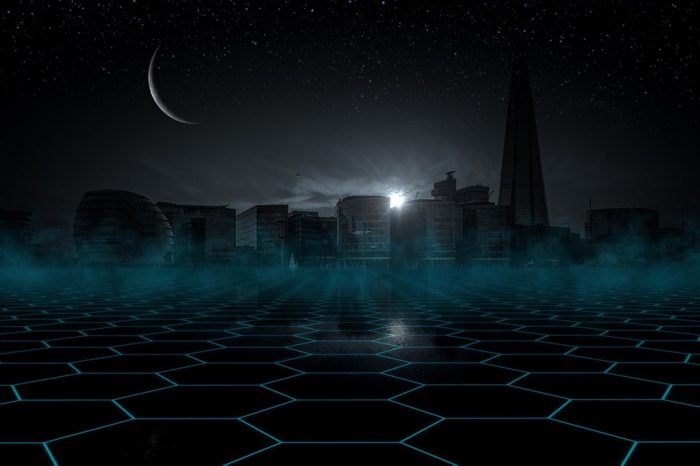 Their agenda may be on the rocks in the United States at the moment, but that doesn’t mean that the globalists are giving up. In fact, a major push toward a cashless society is being made in the European Union right now. Last May we learned that the 500 euro note is being completely eliminated, and just a few weeks ago the European Commission released a new “Action Plan” which instructs member states to explore “potential upper limits to cash payments”. In the name of “fighting terrorism”, this “Action Plan” discusses the benefits of “prohibitions for cash payments above a specific threshold” and it says that those prohibitions should include “virtual currencies (such as BitCoin) and prepaid instruments (such as pre-paid credit cards) when they are used anonymously.”

This is a perfect way to transition to a cashless society without creating too much of an uproar. By setting a maximum legal level for cash transactions and slowly lowering it, in effect you can slowly but surely phase cash out without people understanding what is happening.

And there are many places in Europe where it is very difficult to even use cash at this point. In Sweden, many banks no longer take or give out cash, and approximately 95 percent of all retail transactions are entirely cashless. So even though Sweden has not officially banned cash, using cash is no longer practical in most situations. In fact, many tourists are shocked to find out that they cannot even pay bus fare with cash.

So most of Europe is already moving in this direction, and now this new Action Plan is intended to accelerate the transition toward a cashless society. The public is being told that these measures are being taken to fight money laundering and terrorism, but of course that is only a small part of the truth. The following comes from the Anti-Media…

The European Action Plan doesn’t mention a specific dollar amount for restrictions, but as expected, their reasoning for the move is to thwart money laundering and the financing of terrorism. Border checks between countries have already been bolstered to help implement these new standards on hard assets. Although these end goals are plausible, there are other clear motivations for governments to target paper money that aren’t as noble.

In a truly cashless society, governments would be able to track where everybody is and what everybody is doing all the time. And in order to have access to the cashless system, people would have to comply with whatever requirements governments wanted to impose on their helpless populations. The potential for tyranny that this would create would be off the charts, but very few people seem greatly alarmed by the move toward a cashless system all over the globe.

Even in the United States there are calls for a cashless system. For example, the former chief economist for the IMF wrote an article for the Wall Street Journal not too long ago in which he recommended the elimination of the $100 bill…

“There is little debate among law-enforcement agencies that paper currency, especially large notes such as the U.S. $100 bill, facilitates crime: racketeering, extortion, money laundering, drug and human trafficking, the corruption of public officials, not to mention terrorism. There are substitutes for cash—cryptocurrencies, uncut diamonds, gold coins, prepaid cards—but for many kinds of criminal transactions, cash is still king. It delivers absolute anonymity, portability, liquidity and near-universal acceptance.”

Over in Asia restrictions are being put on cash as well. Legendary investor Jim Rogers commented on what is currently happening in India during one recent podcast…

The time will come when you won’t be able to buy a cup of coffee without being traced, warns investment guru Jim Rogers. To control people, governments will increasingly seek to hunt down cash spending, he adds.

“Governments are always looking out for themselves first, and it’s the same old thing that has been going on for hundreds of years. The Indians recently did the same thing. They withdrew 86 percent of the currency in circulation, and they have now made it illegal to spend more than, I think it’s about $4,000 in any cash transaction. In France you cannot use more than, I think it’s a €1,000,” said Rogers in an interview with MacroVoices Podcast.

The reason why this is taking place all over the planet is because this is a global agenda.

The globalists ultimately plan to completely eliminate cash, and this will give them an unprecedented level of control over humanity.

One thing that many fear may someday be implemented is some form of microchip identification system. In order to access the cashless grid, you would need your “ID chip” so that the system could positively identify you, but of course there are millions of people around the world that do not intend to get chipped under any circumstances.

In the old days, you would be labeled a “conspiracy theorist” just for suggesting that they may try to chip all of us one day, but in 2017 things have completely changed.

Just look at what is happening in Nevada. A bill has been introduced in the state senate that would outlaw the “forced microchipping of people”…

State Sen. Becky Harris said a bill to prohibit forced microchipping of people is not as far-fetched as it might seem, because it happens in some places around the world.

Senate Bill 109 would make it a Class C felony to require someone to be implanted with a radio frequency identifier, such as microchips placed in pets.

The idea for the bill came from a constituent, the Las Vegas Republican said.

If that sounds very strange to you, then you may not know that companies all around the globe are already starting to explore this type of technology. For instance, a company in Belgium called NewFusion has actually begun to microchip their employees…

In a move that could be lifted straight from science fiction, workers at a Belgian marketing firm are being offered the chance to have microchips implanted in their bodies.

The chips contain personal information and provide access to the company’s IT systems and headquarters, replacing existing ID cards.

The controversial devices raise questions about personal security and safety, including whether they may allow the movements of people with implants to be tracked.

Technology like this often starts off being “voluntary”, but then after enough people willingly accept it the transition to “mandatory” is not too difficult.

We live at one of the most critical moments in all of human history, and the globalists are certainly not going to lay down and die just because Donald Trump won the election.

The U.S. represents less than five percent of the population of the planet, and in most of the world the agenda of the globalists is on track and is rapidly advancing.

And in case you think that using the term “globalists” is a bit strange, the truth is that even the New York Times is using it to describe the global elite and their global agenda.

We are in a life or death battle for the future of our society, and the globalists are never going to give up until they get what they want. So now is not a time for complacency, because the very future of our country is at stake.