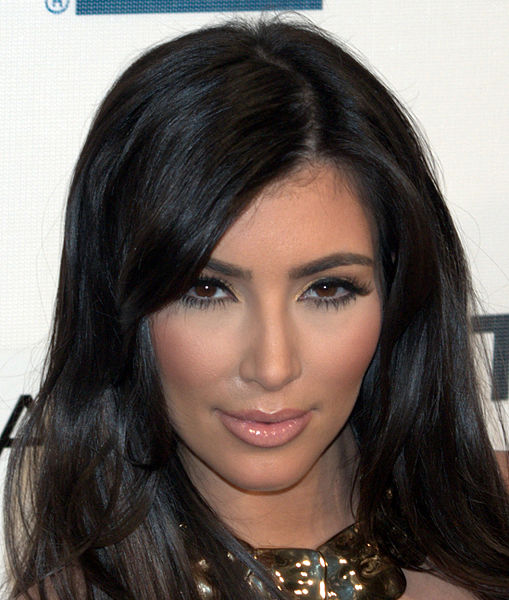 Between 1915 and 1917, 1.5 million Armenians (most of them Christians) were slaughtered by the Turks. Armenians were systematically abducted, tortured and marched to their deaths just because of who they were and what they believed. At one point, 60,000 corpses were found in a single mass grave. It was one of the greatest genocides in history, but it didn’t end in 1917. Between 1920 and 1923, Turkey either deported or wiped out almost all of the Armenians that had survived the first wave of persecution. This genocide was one of the most horrifying examples of how evil humanity can be, and yet to this day the U.S. government continues to refuse to call it a “genocide”. Because of the sensitive nature of our relationship with the Turkish government, Barack Obama absolutely will not use the “g word” when speaking of what happened to the Armenians. And as I wrote about the other day, Obama also seems to care very little about the Christian genocide that is going on in parts of the Middle East controlled by ISIS today. But whether Obama ever recognizes the Armenian genocide or not, it is vitally important that the world remembers what happened to those precious people. One very prominent celebrity that is leading the call to remember the Armenian genocide is Kim Kardashian. In this article, I am going to share the story of how her ancestors were able to escape the genocide. I promise you, it is a story that you are not likely to ever forget.

If you are not familiar with the Armenian genocide, the following is a pretty good summary of what happened from the Washington Post…

One hundred years ago, in April 1915 as World War I raged across Europe, the government of the Ottoman Empire attacked its Armenian citizens. Over the next several years, it is estimated that as many as 1.5 million Armenians died. Able-bodied men were murdered or enslaved as forced labor in the army, and hundreds of thousands of women, children, the infirm and the elderly were marched into the Syrian desert to face death.

Supported by the Young Turks, an ultranationalist party that approved systematic deportation, abduction, torture, massacre and the expropriation of Armenian wealth, the German-allied Ottoman government used the excuse of war to initiate the forcible removal of Armenians from Armenia and Anatolia where they had lived for centuries.

But there is one fact in that article which is wrong.

In fact, Armenia was the very first Christian nation on the entire planet. Shortly after the time of Christ, the early apostles visited Armenia and the gospel was eagerly accepted. Many of the Armenian people actually had roots in ancient Israel, and many of them were still familiar with what the Hebrew Scriptures said about the coming of a Messiah. Very quickly, Armenia was transformed into one of the early hubs of the Christian faith.

And Armenia remained strongly Christian for the most part up until the time of the Armenian genocide. The Turks hated the Armenians (and still d0) and were determined to wipe them out. This included the elderly, women and chidlren…

“Rape and beating were commonplace,” wrote acclaimed historian David Fromkin in his Pulitzer Prize-winning book on the Ottoman Empire’s downfall, A Peace to End All Peace. “Those who were not killed at once were driven through mountains and deserts without food, drink or shelter. Hundreds of thousands of Armenians eventually succumbed or were killed.”

An Armenian man in Istanbul, who as a schoolboy discovered his family was Armenian, told The WorldPost one story passed down to him by his parents: His grandfather, too exhausted to walk any farther in the death march toward the Syrian desert, refused to go on. He would rather drown than walk another mile to his death, he told the Turkish Ottoman guards. And so, the man says, they held his grandfather under the water until he was dead.

Sadly, much of the world continues to refuse to recognize this genocide.

This includes the United States government.

Could you imagine a president refusing to acknowledge the Holocaust?

Well, that is essentially what Obama is doing when he refuses to recognize the genocide that took place in Armenia. The reason why Obama will not acknowledge the Armenian genocide is because he doesn’t want to offend the Turks…

If President Obama decided to label the 1915 killings as genocide, already strained relations would likely only worsen with Turkey, where the United States has an important air base in the south, close to Syria. Turkey and the U.S. government have butted heads over the Syrian crisis, with a U.S.-led coalition targeting solely Islamic State extremists, while Turkey insists military efforts must also focus on bringing down Syria’s Bashar Assad.

There are not words to describe what a disgrace this is.

Fortunately, there were some Armenians that were able to flee before the genocide. Among them were the Armenian ancestors of Kim Kardashian. The following comes from the Daily Mail…

Known at the time as the Kardaschoffs, in Russian style, the family made their way from their home village of Karakale in the late 19th Century to German ports. From there, they travelled to a new life in America on the passenger vessels SS Brandenberg and SS Koln.

By doing so, they escaped the triple horror of the First World War from 1914-18, the ‘Armenian Genocide’ starting in 1915 – exactly a century ago this year – and the Russian Revolution in 1917.

So how did they know to leave?

Well, if you can believe this, Kim Kardashian’s ancestors actually belonged to a group of Christians known as the Molokans, and they fled Armenia and came to America due to a warning from an Armenian Christian prophet named Efim Klubnikin…

In the first years of the 20th century, Efim renewed the warning that he made to stunned believers in Karakale as a child, saying his premonition was now coming to pass.

‘Efim called a meeting, he invited the elders from all the Molokan villages including the two elders of the Armenian Molokan church. He prophesied this was the time for them to leave Russia as there were terrible times coming, especially for the Armenians,’ said Ms Keosababian-Bivin.

Thanks to this warning, large numbers of Armenians left their ancestral homes and were able to escape the horrors that were coming. Here is more from the Daily Mail…

America was, he said, ‘a land of the living’ while mass slaughter would engulf their homeland.

Presciently, he urged them to go quickly – as he himself would do – and cautioned: ‘The doors will close, and leaving Russia will be impossible.’

Many families sold up their homes and land at knockdown prices, or simply fled, to escape the coming horrors.

It is substantially due to the prophecy that many of Kim’s forebears came to Los Angeles, a city where the clan thrived and made their name.

But many were jeered as they left Karakale, now known as Merkez Karakale, and mocked for their belief in the prophesy of coming doom.

And don’t we see a similar thing happening today?

Those that are trying to warn Americans about what is coming are often jeered and ridiculed.

But if Kim Kardashian’s ancestors had not listened to the warning that they received, they probably would have been slaughtered with the rest of the Armenians and Kim Kardashian would not be alive right now.

So the next time that you see something on the Internet about Kim Kardashian, you will know that there is a whole lot more to her story than just fashion, television shows and money. Her family history is deeply rooted in one of the most persecuted groups of people in the history of the planet, and the story of how her ancestors escaped the Armenian genocide is quite incredible.