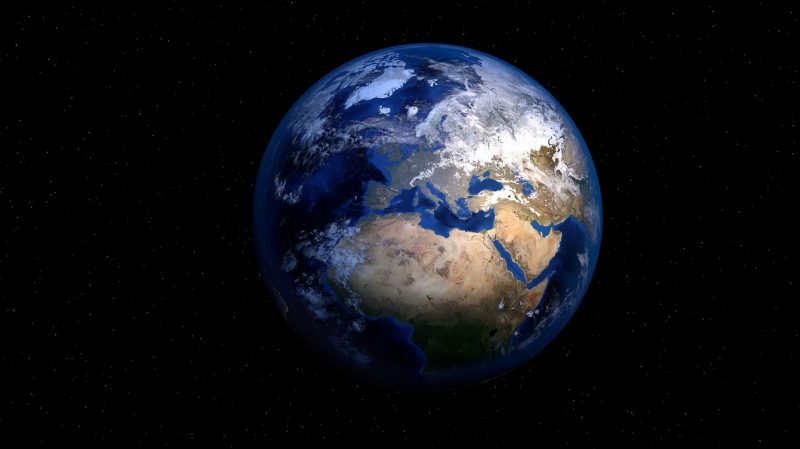 People on the other side of the planet are dropping dead from starvation right now, but most people don’t even realize that this is happening.  Unfortunately, most people just assume that everything is fine and dandy.  If you are one of those people that believe that everything is just wonderful, I would encourage you to pay close attention to the details that I am about to share with you.  Global hunger is rapidly spreading, and that is because global food supplies have been getting tighter and tighter.  If current trends continue, we could potentially be facing a nightmare scenario before this calendar year is over.

Pakistan is not one of the poorest nations in the world, but the lack of affordable food is starting to cause panic inside that country.  The following comes from Time Magazine…

Last Saturday in Mirpur Khas, a city in Pakistan’s Sindh province, hundreds of people lined up for hours outside a park to buy subsidized wheat flour, offered for 65 rupees a kilogram instead of the current, inflated rate of about 140 to 160 rupees.

When a few trucks arrived, the crowd surged forward, leaving several injured. One man, Harsingh Kolhi, who was there to bring a five kg bag of flour home for his wife and children, was crushed and killed in the chaos.

We are seeing similar things happen all over the planet.

Just because you still may have enough food to eat doesn’t mean that everybody else is okay.

In fact, things have already gotten so bad that even CNN is admitting that we are facing “the worst food crisis in modern history”…

Yet the world is still in the grips of the worst food crisis in modern history, as Russia’s war in Ukraine shakes global agricultural systems already grappling with the effects of extreme weather and the pandemic. Market conditions may have improved in recent months, but experts do not expect imminent relief.

That means more pain for vulnerable communities already struggling with hunger. It also boosts the risk of starvation and famine in countries such as Somalia, which is contending with what the United Nations describes as a “catastrophic” food emergency.

Sadly, it isn’t just in Somalia where the food crisis has reached “catastrophic” proportions.

According to Reuters, the entire continent is now dealing with the worst food crisis that Africa “has ever seen”…

Across Africa, from east to west, people are experiencing a food crisis that is bigger and more complex than the continent has ever seen, say diplomats and humanitarian workers.

Please go back and read that statement again.

Do you remember all those years when Sally Struthers was begging us to feed the starving children in Africa?

Well, the truth is that conditions are now far worse than when she was making those commercials.

At one hospital in Somalia, grieving mothers are regularly bringing in very young children that have literally starved to death…

Weakened by hunger, camp residents are vulnerable to disease and people are dying due to a lack of food, said Nadifa Hussein Mohamed, who managed the camp where Isak’s family initially stayed.

“Maybe the whole world is hungry and donors are bankrupt, I don’t know,” she said. “But we’re calling out for help, and we do not see relief.”

UN officials are doing what they can to help, but the truth is that they are being absolutely overwhelmed by the scope of this crisis.

Over the past 12 months, the number of Africans that are dealing with “acute food insecurity” has absolutely exploded…

The number of East Africans experiencing acute food insecurity – when a lack of food puts lives or livelihoods in immediate danger – has spiked by 60% in just the last year, and by nearly 40% in West Africa, according to the World Food Programme (WFP).

Sadly, a lot of Americans are simply not going to care about what is going on over there as long as we have enough food over here.

Of course food supplies continue to get tighter on our side of the planet as well.

According to the U.S. Department of Agriculture, our corn harvest this year was the smallest in 15 years…

Last year was a bad year for corn — the latest US Department of Agriculture (USDA) report shows drought conditions and extreme weather wreaked havoc on croplands.

USDA unexpectedly slashed its outlook for domestic corn production amid a severe drought across the western farm belt. Farmers in Nebraska, Kansas, and Texas were forced to abandon drought-plagued fields.

The agency estimated farmers harvested 79.2 million acres, a decline of 1.6 million acres versus the previous estimate — the smallest acres harvest since 2008.

That wouldn’t be so bad if our population was still the same size that it was back in 2008.

Other harvests have been extremely disappointing too, and that is one of the factors that has been steadily driving up food prices.

At this point, the average U.S. household is spending 72 more dollars on food per month than it was at this same time a year ago…

As inflation continues to decimate the budgets of American families, the December report from Moody’s Analytics showed that families are spending an estimated $72 more on food per month than they were a year ago.

That figure is pulled out of a report that says the typical US household is shelling out $371 on goods and services more than they were a year ago.

In particular, the price of eggs has gone completely nuts.

It just seems like the cost of everything is going up these days and that includes egg prices, which are affecting local businesses. “We used to buy 15 dozen eggs from Sam’s for 23 dollars. They are now 68 dollars,” said Cindy Gutierrez, the owner of Creative Cakes. “Now it’s about 63-ish for 15 dozen and it’s also hard to get 15 dozen,” said Caitlyn Wallace, the owner of Catie Pies.

The prices for eggs have surged three times their original price. According to the consumer price index, egg prices increased by 10% in October 2022 and that increase has continued to rise. This is causing a domino effect for restaurants, businesses, and bakeries who use eggs.

Economic conditions are changing so rapidly now, and nothing will ever be quite the same again.

As we move forward, the widespread use of “beetleburgers” is one of the “solutions” that the global elite are starting to push…

Beetleburgers could soon be helping to feed the world, according to new research. The creepy crawlers’ larvae — better known as mealworms — could act as a meat alternative to alleviate hunger worldwide. The process uses a fraction of the land and water and emits a smaller carbon footprint in comparison of traditional farming.

To make this a reality, French biotech company Ynsect is planning a global network of insect farms, including nurseries and slaughterhouses. A pilot plant has already been been set up at Dole in the Bourgogne-Franche-Comte region of France.

Of course these “beetleburgers” will just be a drop in the bucket.

No matter what the global elite try, they will not be able to stop “the worst food crisis in modern history” from getting a whole lot worse.

So I would encourage you to stock up while you still can.

Global food supplies are getting a little bit tighter with each passing day, and I have a feeling that 2023 will have lots of “unexpected surprises” for all of us.