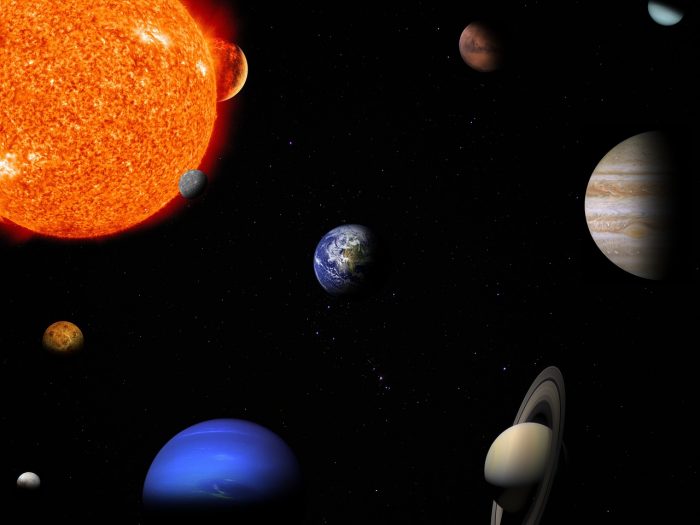 A stunning discovery suddenly has the mainstream media buzzing about the possibility that “Planet X” could be lurking somewhere in the outer reaches of our solar system. For years, theories about a “Planet X” have circulated on the Internet, and most of those theories have been complete nonsense. But now the mainstream media is boldly proclaiming that there is “evidence” that Planet X “could be lurking out there”, and this is kind of freaking a lot of people out. Is it possible that they know something that we don’t? Could they be starting to mentally prepare us for some sort of big announcement that is coming in the not too distant future?

In the past, it would be extremely unusual to see headlines about “Planet X” in the mainstream media, but suddenly headlines of this nature are seemingly everywhere.

The object has an orbit that hints at an even-farther-out “Super-Earth” or larger “Planet X” that could be lurking out there.

The findings were announced Tuesday by the International Astronomical Union’s Minor Planet Center.

So is this newly discovered “dwarf planet” really evidence that Planet X could exist?

Well, the scientists involved in this study appear to believe so…

“These distant objects are like breadcrumbs leading us to Planet X,” study leader Scott Sheppard, of the Carnegie Institution for Science in Washington, D.C., said in a statement.

This “dwarf planet” has been dubbed “The Goblin”, and it is about 7.5 billion miles from the sun.

It is about “six or seven times smaller than Pluto”, and after studying its behavior, scientists have concluded that a “Super-Earth” known as “Planet X” or “Planet Nine” may have slung it into its current orbit. The following comes from NPR…

The gravity of big planets like Jupiter or Neptune can sling smaller objects into weird orbits if they happen to wander by. But The Goblin doesn’t get anywhere near Jupiter or Neptune, so astronomers think another planet, nicknamed Planet Nine, might be out there doing the slinging.

For the study, the team of researchers conducted a series of simulations, and those simulations suggested that the orbit of “The Goblin” must have been affected by a very large astronomical body…

The researchers ran simulations of the orbit of the new object, in an attempt to understand how it would be affected by the hypothetical Planet X. They found that a mysterious planet of the kind previously suggested — a huge Super-Earth on a very wide orbit — fit with the way that their new find was moving through the solar system.

At one time, talk of a “Planet X” or a “Planet Nine” was dismissed as being a “conspiracy theory”.

But now it is the mainstream media that is promoting this theory, and the lead astronomer from the study says that all of the distant objects that they have been studying seem to confirm that something is out there…

Sheppard is not the only astronomer to propose that a putative planet, called Planet Nine or Planet X, lurks at the dark edge of the solar system. The planet, if it exists, would be bigger than the Goblin or Pluto. Batygin, in a 2016 paper in the Astronomical Journal, estimated Planet Nine would be up to 10 times as massive as Earth.

As such, Planet Nine would be a “massive perturber,” as Sheppard called it in a 2014 Nature article. Smaller objects like the Goblin have to dance around Planet Nine, or else they would collide with it or be ejected from their orbits. So far, all of the objects Sheppard has spotted appear to dance as predicted.

But until we get some photographs that prove that Planet X actually exists, many will remain skeptical.

For years we have been bombarded by various Planet X theories, and many of them have been quite ridiculous. The following comes from an article by my good friend Mac Slavo…

Doomsayers have been warning of Planet X (or Wormwood, or Planet Nine) for years, however, most of their prophecies include a collision with Earth or a conspiracy to hide the planet’s existence from the public. But it appears that the discovery of The Goblin has even scientists wondering what else is out there beyond the far reaches of our solar system.

Without a doubt, our knowledge of the universe if very, very limited. There could definitely be many objects out there that we do not know about right now.

But when it comes to “Planet X”, I think that it is wise to be skeptical.

However, this latest discovery is definitely very exciting, and hopefully much more will be revealed during the months and years to come…