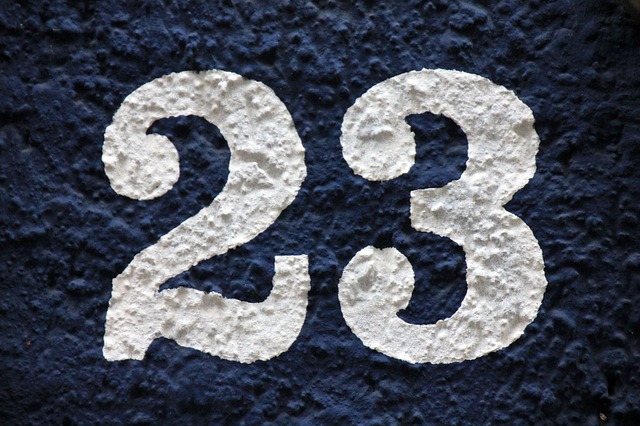 What is going to happen on September 23rd, 2015? For months, there has been an incredible amount of buzz on the Internet about the month of September, and in particular there has been a tremendous amount of speculation about the date of September 23rd. For a long time I didn’t pay much attention to all of this chatter, because I like to stick to things that I can prove. In law school, I was trained to be very analytical and to greatly value hard evidence. If you follow my articles regularly, you have probably noticed those traits reflected in my writing. Well, today I am going to discuss some things that I cannot prove. I am going to share with you some things that other people are reporting, and I humbly submit them for your consideration. Personally, I do not know what is going to happen on September 23rd, but I have come to the conclusion that there are just way too many “coincidences” to ignore. Ultimately, you need to do your own research and come to your own conclusions.

There are a couple of things about September 23 that we can say that we know for sure. First of all, Yom Kippur falls on that day. It is the most solemn of all of the holy days in the Bible, and it is commonly connected with the judgment of God.

Secondly, we know that Pope Francis will be arriving at the White House to meet with Barack Obama on September 23.

But both of those events are not that unusual. Yom Kippur happens every year, and U.S. presidents have met with popes quite often in the past.

So why is everyone getting so excited?

Well, when you couple the amazing confluence of events that we are going to witness in September 2015 with the unprecedented warnings and cryptic messages about the three day period of September 22nd to September 24th that seem to be popping up all over the place, it is enough to cause any rational person to stop and reflect on what might happen.

If you are not familiar with what I am talking about, I encourage you to watch the three YouTube videos that I have posted below.

I want to make it clear that I do not agree with everything in these videos.

Again, I do not agree with everything in these videos.

But all three of them do contain some incredible “coincidences” that I cannot explain away.

In this first video, we see that the numbers “9/23” just keep occurring over and over again during recent global catastrophes…

In this next video, we see that the date of “9/23” has been repeatedly embedded in popular movies and television shows…

Lastly, I want to share with you an extraordinary message by Jim Staley entitled “September 23rd, 2015 – The Convergence” in which he discusses all of the things that are going to happen on and around this date…

Did watching those three videos change your perspective on this?

I have to admit that they shook me up. And when you combine all of this information with dreams and visions that people have been having about September, it starts to become difficult to ignore this phenomenon.

Just yesterday, I was alerted to the following message that Dr. Patricia Green just recently released…

“September 23rd is the day Obama makes a pact with the devil. It was not by chance that the Pope and Obama are meeting on the Day of Atonement. (September 23, 2015) They will make a pact that will seal the fate of the United States of America. My vengeance will be poured out from this point forward. (September 23rd) There is no turning back.

Tell My people to draw close to Me in these last days. Tell them to purify their hearts by the washing of the water of My Word. Tell them to ask My Spirit to expose any wickedness within themselves, so they can repent and be clean.

I am returning for My Bride without spot or wrinkle. I am coming for a pure Bride. Only those who are purified by My Spirit and My Word are My Bride. There will be no pretending when I return. Many will say, “LORD, LORD, did I not prophesy in Your Name, heal the sick, cast out demons, and bring people into Your kingdom?” And I will say to those who had impure hearts, “Get from Me, I never knew you.”

This is the time for self-reflection. If you judge yourself in this season and repent of your hidden sin, your sin will not be exposed to your shame.

Once again, I do not personally know what will happen on September 23rd.

If I did, I would tell you.

I am just reporting what others are saying. Use discernment and decide for yourself if there is anything to all of this.

But without a doubt, the month of September does appear to be extremely significant. In a recent article, I detailed some of the things that will be happening next month…

September 15th – The 70th session of the UN General Assembly begins on this date. It has been widely reported that France plans to introduce a resolution which will give formal UN Security Council recognition to a Palestinian state shortly after the new session begins. Up until now, the U.S. has always been the one blocking such a resolution, but Barack Obama has already indicated that things may be different this time around. If alarm bells are going off in your head as you read this, then you probably already understand how significant this event could potentially be.

September 20th to September 26th – The “World Week For Peace in Palestine Israel” sponsored by the World Council of Churches.

September 21st – The UN International Day Of Peace. Could this be the day when the UN Security Council resolution establishing a Palestinian state is actually adopted?

September 23rd – Pope Francis arrives at the White House to meet with Barack Obama. Some have suggested that the timing of this event is highly unusual…

Francis is the 266th pope who will be meeting with President Obama on the 266th day of the year, leading one Internet preacher to wonder if “something is being birthed” on that day, since 266 days is the typical human gestation period from conception to birth.

September 24th – The Pope addresses a joint session of the U.S. Congress.

September 25th to September 27th – The United Nations is going to launch a brand new sustainable development agenda called “The 2030 Agenda“. The following is an excerpt from an article that I just wrote about this insidious new plan…

If you didn’t like “Agenda 21″, then you really are not going to like “The 2030 Agenda”. Next month, the United Nations is going to launch “The 2030 Agenda” at a major conference that will be held from September 25th to September 27th in New York City. The Pope is actually traveling to New York to deliver an address which will kick off this conference. Unlike Agenda 21, which primarily focused on the environment, the 2030 Agenda is truly a template for governing the entire planet. In addition to addressing climate change, it also sets ambitious goals for areas such as economics, health, energy, education, agriculture, gender equality and a whole host of other issues. As you will see below, this global initiative is being billed as a “new universal Agenda” for humanity. If you are anything like me, alarm bells are going off in your head right about now.

September 28th – This is the date when the Feast of Tabernacles begins. It is also the date for the last of the four blood moons that fall on Biblical festival dates during 2014 and 2015. This blood moon falls on the very first day of the Feast of Tabernacles, it will be a “supermoon”, and it will be clearly visible from the city of Jerusalem. There are many that dismiss the blood moon phenomenon, but we have seen similar patterns before. For example, a similar pattern of eclipses happened just before and just after the destruction of the Jewish temple by the Romans in 70 AD.

I want to make it clear that I am not claiming that anything specific will happen on any particular date.

But I am not claiming that nothing will happen on any of these days either.

So what do you think is about to happen?